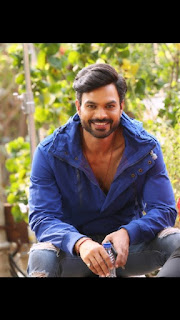 India is a diverse country. It’s the culture and the festivals which keep us Indians tied to each other.  Starting from the month of January till December we Indians are involved in some of the other festivals. One such month is September where every Indian is completely engrossed in the preparations of Ganesh Chaturthi. So, it’s surprising that no Hindi film this year has yet delivered the traditional Ganpati song.  Well, no worries. Actor-producer Yuvraaj Parashar whose music single like ‘Sajda’ and ‘Mehroo’ that garnered ample of praises all across the country will soon be releasing its latest music single ‘Atharva’.

‘Atharva’ is the perfect song for Ganesh Chaturthi celebration. The poster itself looks refreshing followed by the traditional rhythm of dhol and taashas. The song is sung by the hit singer Divya Kumar and is composed by Nikhil V Kamat. The song features Yuvraaj Parashar along with other devotees expressing love and devotion by worshiping the ‘Vighnaharta’ (remover of obstacles).

The song is sure to become a hit at the forthcoming Ganesh Chaturthi festival to be held on September 2. The poster depicts the liveliness and energy that the song carries. It is definitely going to be a thumping song to celebrate the auspicious occasion of Ganesh Chaturthi.

‘Atharva’ is directed and choreographed by Neerav Bavlecha, produced by Yuvraaj Parashar’s mother Rajkumari Satyaprakash Parashar presented by Movies Masti Magic Studios. The song will be releasing on 30 August 2019. 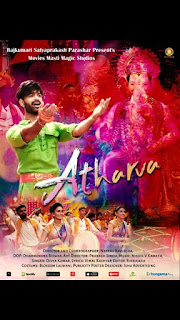