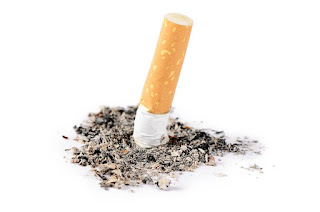 May 31,2019, India- Vital Strategies marks World No Tobacco Daywith media campaigns and initiatives around the world that highlight the deadly effects of tobacco useand secondhand smoke and the efforts of governments to implement proven solutions.Vital Strategies also launched a global social media campaign,#WomenAgainstTobacco, highlighting efforts led by women to promote tobacco control and protect the health of millions around the world.

“This World No Tobacco Day, we applaud the governments and peoplewho are taking action against the world’s leading preventable killer – tobacco use. We’re particularly proud to highlight several women champions who are leading the charge against an epidemic that disproportionately affects women’s health,” said Sandra Mullin, Senior Vice President of Policy, Advocacy and Communication at Vital Strategies. “Globally, womenaccount for only 16 percent of adult smokers but 28 percent of global tobacco-related deaths. We know that women’s voices can be a powerful force in reducing this burden, both as champions for tobacco control and role models for the next generation of women and girls.”

Vital Strategies’#WomenAgainstTobacco campaign will highlight a selection of women from different backgrounds and countries who have taken a stand against the tobacco industry, and the variety of roles women can play in this effort. This ranges from Ike in Indonesia, who suffered secondhand smoke-related throat cancer and now works to support smoke-free laws, to Brazil’s Paula Johns, a long-standing tobacco control advocate who supported the adoption of strong health policies including smoke-free regulations, graphic pack warnings and the ban on flavored tobacco products.

In India, the Ministry of Health and Family Welfare is relaunching three campaigns nationally: “Clinical,” which shows the dangers of secondhand smoke; “Tobacco Tears You Apart,” which features a patient who developed cancer related to chewing tobacco; and “What Damage Will This Cigarette Do,” which links smoking to stroke, cancer, lung disease and heart disease. These three campaigns will be on air for a period of three weeks on various national TV and Radio channels across India.

Campaigns to counter the tobacco industry’s harmful influence
• For the first time, Turkey is broadcasting an anti-tobacco industry campaign exposing the health and social harm caused by tobacco companies, with Green Crescent’s Ministry of Health-endorsed campaign “OnlarKazanirken Biz Kaybediyoruz” (“Their gain, our loss”).The campaign is running on more than 140 television stations.
• Brazil’s Office of the Attorney General last week announced it had filed a lawsuit against the tobacco companies responsible for the country’s tobacco epidemic, to recover the costs to Brazil’s health system of treating 26 tobacco-related diseases over the past five years. Vital Strategies is assisting local partners with ongoing communications on this issue.

Campaigns to support policiesthat protect health
Comprehensive smoking bans in public places are proven to reduce tobacco use, changing the social norm such that smokers adopt voluntary indoor smoking bans at home, thus protecting women and childrenfrom secondhand smoke.
• In Bangladesh,the Ministry of Healthis broadcasting a media campaignon the dangers of secondhand smoke, “Invisible Killer.”Advocates will also promote “Stop Tobacco Bangladesh, ” a social media campaign aimed at getting10,000 non-smokersto influence friends and family members to quit through social media.
• Vital Strategiesis supporting 9 cities in China(Chongqing, Lanzhou,  Qingdao, Shanghai, Shenzhen, Tianjin, Wuhan, Xi’an,  and  Zhangjiakou) to run mass media campaigns, and Haikou with a social media campaign to build support for smoke-free legislation and better enforcement of existing smoke-free laws.
• Also in China, the Chinese Center for Disease Control and Prevention is re-launching the “Tobacco Breaks Hearts: Every Cigarette Is Doing You and Your Family Harm” campaign on national television channels including China Central Television (CCTV), the country’s predominant state broadcaster. This campaign features the harrowing testimony of a former smoker andreached 600 million people in China when it was first broadcast earlier this year.
• In the Philippines, The Department of Health and Department of Finance is launching a new national campaign, "Hindi Pa Tapos ang Laban" (“The Fight is Not Yet Over”), featuring former world boxing champion, Senator Manny Pacquiao. The ad calls for higher tobacco taxes, an effective tobacco control strategy, to protect youth.
• Ukraine’sNational Public Health Center is launching a new national smokefree campaign on TV, radio, outdoor advertising and social media, also featuring the “Invisible Killer” PSA.
• Vietnam Tobacco Control Fund’s ongoing national anti-tobacco mass media campaign continues to feature campaigns covering tobacco’s harms, the importance of smoke-free places and tobacco taxes.
• In addition, Vital Strategies is supporting “Vietnam Youth Say NO to Tobacco,” which aims to reduce smoking among Vietnam’s youth. The campaign, which was launched today by the Vietnam Youth Union and the Vietnam Tobacco Control Fund, calls on youth across the country to sign a pledge on the Vn0khoithuoc website or Facebook page, and will be promoted and amplified by a range of Youth Union activities through 2019-2020.

Campaigns that promptquitting and promote smoke-free lives
Vital Strategies isalso organizing virtual runs, where participants sign up online and complete the run at an organized event or at a time, pace and place convenient to them. These events are recruiting thousands of people to be ambassadors for tobacco-free lives, promotinganti-tobacco norms to their peers.
• More than 600 runners are participating in Indonesia’s first ever virtual run, “Lungs on the Run: 30 Million Steps for a Healthier Indonesia”, which includes events in five cities and encourages people to live a healthy, smoke-free life.
• Mexico’s “With All Your Lung” event is recruiting 135 runners to symbolize the 135 Mexicans who die every day from tobacco-related disease.
• Vital Strategiesalso supported WHO China’s activities at the Healthy China Marathonin Hothoton May 24-25. More than 250,000 people participated in the event in total, with more than 8,000 people participating in the event in Hothot and more than 235,000 people taking part in the event remotely.

Vital Strategies is a global health organization that believes every person should be protected by a strong public health system. We work with governments and civil society in 73 countries to design and implement evidence-based strategies that tackle their most pressing public health problems. Our goal is to see governments adopt promising interventions at scale as rapidly as possible. To find out more, please visit www.vitalstrategies.orgor Twitter @VitalStrat.