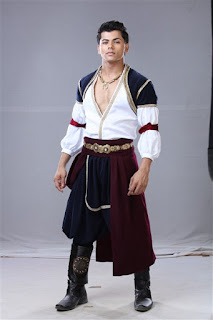 Sony SAB’s much loved show Aladdin – NaamTohSunaHoga has made a mark for itself amongst the viewers with its unmissable grandeur and excellent characters. While the first season of the show received unimaginable response, Aladdin: NaamTohSunaHoga is ready to get the excitement soaring high as it comes up with a brand new chapter. With Aladdin’s death, there are some thrilling twists and turns lined up for the audience as the show gears up for an action packed adventure, ‘Intekaam Ki NayiDastaan’. 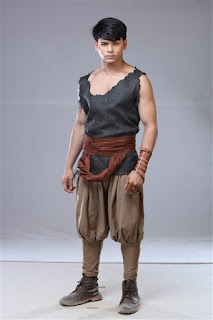 As the first chapter ends with Aladdin (Siddharth Nigam) being given a death penalty, for allegedly killing the King, the upcoming new story is set to bring in an exciting turning point without Aladdin. In season one, viewers followed the adventures of Aladdin as he helped save the kingdom from many troubles with the help of his adorable friend Ginu (RaashulTandon) and the charming Princess Yasmine (Avneet Kaur). However, now with this fresh accusation of the King’s death being made against him, have set an avalanche of troubles on our brave hero and that too at a time when love was just blooming between him and Yasmine. With Aladdin facing the death penalty, this new journey is set to unleash some exciting new twists and turns which are going to keep viewers glued to their TV screens.

In the second chapter of the show, viewers will get to see Siddharth Nigam as Ali, the smart suave trader, who comes to right all the wrongs done to Aladdin. On the other hand, with a leap in the story, princess Yasmine is now even more powerful as she is all set to become the ‘Sultana’ of the Kingdom. Along with these promising characters going in for a revamp, Aladdin: NaamTohSunaHoga is sure to bring in some more humour, magic and romance with this season refresh.

Siddharth Nigam, playing the role of Ali said,“The character of Aladdin will no more be seen in the show but I will come back as Ali, a trader from Egypt. I am very excited for this transformation and I’m sure it will impress the audience too as Ali comes to take revenge for whatever was done to Aladdin. Along with the change in name, viewers will witness a complete change in my character, which will be very distinct from that of Aladdin’s. I hope our fans keep giving us the same love as we come up with this huge change.”

Avneet Kaur, essaying the role of Yasmine said, “This new season has Princess Yasmine as a completely changed person. With her father’s death, all the responsibilities of the kingdom are now on Yasmine and this has made her more mature. The old ‘Nakchadi’ will no more be seen on-screen as Yasmine’s perspective, look and behavior changes massively. It is surely going to be intriguing for our viewers to see these changes in their beloved show Aladdin: NaamTohSunaHoga”

Aladdin: NaamTohSunaHoga, which is a based on the classic Arabian folklore of Aladdin has been given a cool contemporary twist by Sony SAB to appeal to the audiences of today, featuring actors who have gotten under the skin of the characters and it is going to be even grander than it has ever been.

Stay tuned to Aladdin – NaamTohSunaHoga Monday to Friday at 9 PM only on Sony SAB
Reactions: