on June 03, 2019
OPPO reaches out to a billion hearts to beat for the Indian Cricket Team 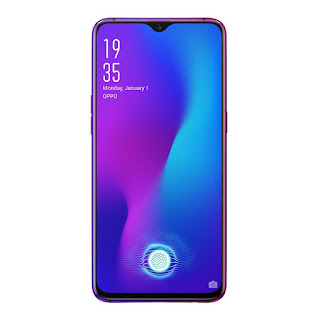 National, 31stMay 2019:  Calling all cricket buffs to reinvigorate Team India, OPPO, a leading global smartphone brand has rolled out a campaign titled, “Billion Beats Campaign” ahead of the ICC World Cup 2019. In a first-of-its-kind campaign, OPPOis inviting consumers to share their heartbeats through theOPPO Billion Beats App that is available on Play Store for Android users. The heartbeats will be usedto create a team song which will be composed by the dynamic Bollywood music director duo ofMeet Bros. The song is set to be unveiled in mid-June 2019.

OPPO understands that in India, cricket is a religion and the brand has been associated with cricket for past many years. Centered on the core idea of how Indians are passionate aboutcricket, OPPO aims tohighlight their emotionsand encourage thesecricket fans to create something of their own. In its endeavor to provide the cricket fans an opportunity to boost Team India for the ICC World Cup, OPPO will be collecting their heartbeats through the OPPO Billion Beats App and turning them into a song.  The song will also include the heartbeats of some of the leading cricketers like Rohit Sharma, JaspritBumrah, Kedar Jadhav and Shikhar Dhawan. This campaign corroborates OPPO’s continued focus on creativity and innovation, which was also demonstrated in their just launched OPPO Reno10xZoom, the first ever smartphone with 10x hybrid zoom technology and shark fin rising camera

Speaking on the campaign, Charles Wong, CEO OPPO India and President,OPPO South Asia said, “We understand the fervor that cricket incites in every Indian. The World Cup is a time when diverse fans across the country come together to cheer for Team India.  OPPO has always believed in creating memorable and unique experiences for our consumers and through this initiative, we really want to empower our consumers to demonstrate their passion creatively.This campaign is a testament of our role in uniting the Indian team and the billion fans through the one-of-its-kind song.”

The heartbeat collection will happen through OPPO’s Billion Beats App, available on Play Store on all Android phones. The users will have to first download the app. While on the app, the user will have to put his/ her finger on the camera light of the smartphone and give it a few seconds to register a pulse reading. This will help stabilizing the beat and reach accrual average that denotes the pulse. Every pulse is built scientifically with a transverse wave that provides a faint sound of a dab. This dab will be amplified through which the beat will be derivedand theneventually be added to thesong.

About OPPO
OPPO is a leading global smartphone brand, dedicated to providing products infused with art and innovative technology. Based on the brand elements of young, trend-setting and beauty, OPPO brings consumers superior experience of digital life through internet-optimized products that offer best in class services. The brand started the era of Selfie beautification and has set itself apart by introducing the motorized rotating camera, the Ultra HD feature, 5x Dual Camera Zoom technology. OPPO's Selfie Expert F series launched in 2016 drove a Selfie trend in the smartphone industry. In 2017, OPPO was ranked as the number 4 smartphone brand globally, according to IDC. With more than 200 million consumers, OPPO’s business has covered 40 countries and regions with 400,000 stores and has 4 R&D centres worldwide, providing excellent smartphone photography experience young people around the world. In 2018, with the launch of Find X, OPPO introduced panoramic arc design with a screen ratio of 93.8%, the largest screen-to-body ratio in the mobile phone market today. In addition to this, OPPO recently introduced SuperVOOC flash charging technology with the launch of R17 PRO and strengthened its commitment to India by setting up an R&D centre in Hyderabad with a focus on enhancing the smartphone ecosystem in India.