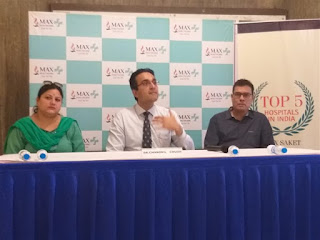 Lucknow, after May 31, 2019: 43-year-old Manish Singhania brain attacks were partially paralyzed, but Max Super Specialty Hospital, Saket has given his success treating forced revive them. Gone to remove a serious Cla?t in his brain went their minimally invasive brain surgery for nearly an hour. The Cla?t had blocked the main artery carrying blood to the brain and heart. 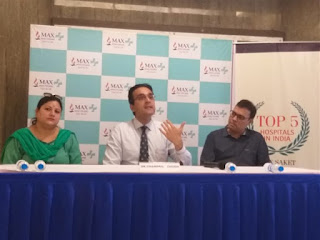 The patient was admitted to the emergency in critical condition. In fact, Mr. Singhania was after was the attack of the time strokes office significantly more weakness on the left side of his body and his voice was even went to Aspst. Brain detailed investigation including MRI revealed a serious clot on the left side of his brain that was damaged blood vessels and which had caused his condition. Clot heart was causing severe blockage in one of the main blood vessels that carry blood to the brain. Keeping deadly mind this position for life, the patient went advised immediate surgery. 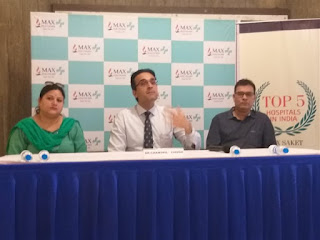 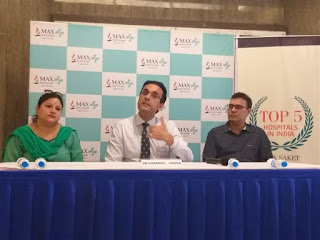 Minimally invasive brain procedures have revolutionized the treatment of brain diseases. These processes are not only life-saving, but also much more secure and less complex than the open brain procedures. Minimally brain hemorrhage from invasive brain procedures, aneurysm, brain Cla?t, Paralaitik attacks, may help to treat many diseases of the brain and spine such as blockage in the blood vessels. Through this minimally invasive brain surgery, clot is removed successfully brain. Because under this new technique does not require fully open the skull to remove the brain tumor / clots, and tampering at the brain reduces the risk of reaching neurological injury. 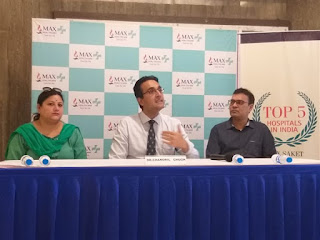 DR. Chugh said, '' however, may clots in any part of the brain or blocking potentially fatal, but to take the time to find and patients as soon as the early treatment can be cured and the patient in no time you come back to your normal life. In the case of Mr. Singhania had a severe blockage in the artery from the heart to carry blood to the brain. While it was a challenging surgery, but the surgery went successfully. '' This process lasted for about an hour, and after the procedure the patient get well soon and then put all your work. This patient was already smoking, but it went advised to quit smoking immediately.
In addition, on the occasion of World No-Tobacco Day, Dr. Chugh said the message, '' is a major risk factor for smoking brain stroke and hemorrhage. Brain stroke is one of the most common causes of death and disability in our country. Smoking not only increases the risk of Paralaitik attack, but it can also affect other parts like the heart and lungs.
Reactions: