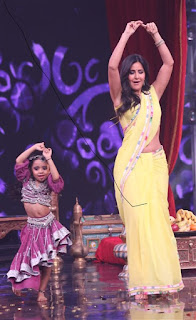 The weekend retreat is back with dhamakedar entertainment where the duo of the upcoming Eid release ‘Bharat’ - Salman and Katrina Kaif will be seen gracing the sets of Sony Entertainment Television’s kids dance reality show Super Dancer Chapter 3. During the show, the actors will be seen shaking legs with the contestants and judges - Shilpa Shetty Kundra, Anurag Basu & Geeta Kapoor on various popular songs like ‘Slow motion’, ‘Chashni’, ‘Suraiyaa’ and many more.  Both the actors created a different level of excitement in the contestants and the audiences by encouraging them to perform with all their heart and soul. 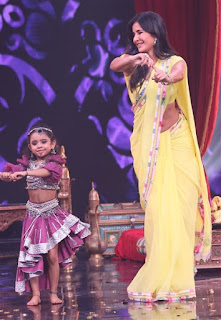 Salman and Katrina were awestruck with the unique conceptualization depicted by the youngest contestant of the show Rupsa Batabyal from Kolkata who did an energetic mashup on Salman’s famous songs, ‘Afghan Jalebi’ and ‘Slow Motion’ with her Super Guru Nishant. After their entertaining performance, Shilpa Shetty Kundra connoted Rupsa with the title, ‘Munni’ from Bajrangi Bhaijan and commented, “There are two types of people. One who performs with his body and the other who performs with all his heart and soul. Rupsa is able to bring out the best performances because she performed with her soul.” When it came to Salman, he said that little Rupsa’s performance reminded him of ace dance choreographer Saroj Khan. He commented by saying, “Rupsa has a soul of Saroj Khan”. 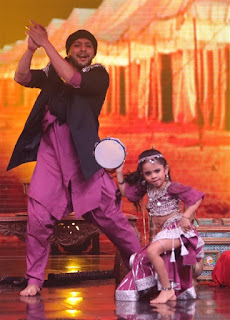 Impressed by little Rupsa’s talent, Judge Anurag Basu declared, “I want to be Rupsa’s Super Guru in the next chapter of Super Dancer. Her legs are very small like my palm but her brain is much bigger like my body. She is very quick in grasping things when it comes to dancing. The kids get hardly four days to prepare their dance performances for the show. These kids are so perfect in their style that it seems as if they are rehearsing for the same since months.”

Also, adding a musical element, renowned singers from the industry, Javed Ali and Himesh Reshamiya, judges of Sony Entertainment Television’s upcoming show Superstar Singer will be seen gracing the sets of Super Dancer along with singer Sachin Valmiki and Salman Ali who will be the Captains on the kids singing reality show.

As the show is on the verge of its finale, its time for the audiences to vote for the potential contestant and help them win the coveted title of, ‘Dance ka Kal’.

Stay tuned to Super Dancer chapter 3 for an entertaining weekend only on Sony Entertainment Television Sat-Sun at 8:30 pm.
Reactions: