Kapoor and Sons is a film that the gay community appreciates, says Kashish and Humsafar Trust representatives

on June 05, 2019
Kapoor and Sons is a film that the gay community appreciates, says Kashish and Humsafar Trust representatives 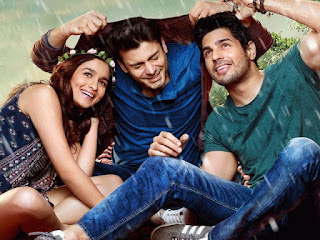 It is safe to say that the portrayal of anyone from the LGBTQ community has always been rife with stereotypes in most Bollywood films. Objecting to exactly this, representatives from Kashish and Humsafar Trust, communities working with the LGBTQ, conducted a session with the Screen Writers Association recently. They gave the screen writers advice that should be kept in mind while writing scripts that portray gay characters. 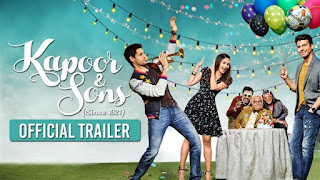 According to Sridhar Rangayan, Kapoor And Sons is one film that the gay community appreciates. “It is part of a larger story, it’s not like the entire focus was on him (Fawad Khan’s character, who comes out of the closet in the film). But it was a great idea in terms of the way the story was integrated and dealt with a lot of empathy. He is was not a good man or a bad man, he was just a human being. That most of us appreciate,” he says.

An important point addressed in the session was on the unconscious bias that we posses for the LGBT community. “When you writing about someone that you don’t know about, what happens is that you have these stereotypes in your mind. When someone writes about an LGBTQ character, it is not his deliberate intention to show them down,” says Shibu Thomas.

He adds, “Each of us is biased in some manner. There is scientific research that shows that right at this moment, there are many thing happening, but we can actively process only 1-5 per cent of it. So, 95-99 per cent of what happens around us, is unconscious.”

He says that it’s important to tackle these biases. “How do you tackle unconscious biases because they are very difficult to tackle. They are not visible…You identify that these are the things I might be biased about. Accept it, this might be my bias and how do I tackle it,” he says.

In fact, he gives the same advice to journalists too. “I tell them when you write about the LGBT community, it is easy as you have to make a story in half an hour, but at the same time, make an effort to know them and increase your social circle,” he says, adding, “That is the process as a writer that I would think of. I accept that I might have biases and work on them because what I write will impact the community and will impact future generations of that community, define popular culture, so let me be a bit more careful. Let us be responsible to the work we do.”
Reactions: