Jaipur Among The Top 2 Cities For Men’s Grooming And Wellness - survey by CashKaro.com

on June 07, 2019
Jaipur Among The Top 2 Cities For Men’s Grooming And Wellness 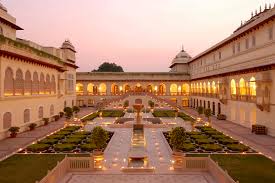 Accounts for highest spends on men’s grooming products after Delhi

According to a survey conducted by CashKaro.com - India’s Largest Cashback & Coupons site, Jaipur is among the top 2 cities for men’s grooming right behind Delhi NCR. As per the survey results, men in smaller towns display a greater desire for grooming products, especially in the whitening and fairness segment (48%).

The survey conducted to understand the shopping behavior of the Indian male consumer reveals that 60% of the total respondents’ shop for grooming products every month, out of which 80% prefer to shop online. Nearly, 75% respondents have started investing in personal grooming, over the past decade, with celebrities such as Virat Kohli, Shah Rukh Khan and others being major influencers.

Interestingly, 46% men who fall in the age group of 18-25, spend about Rs.2000 every month on grooming and personal care products.

While the male grooming industry is currently valued at Rs.16,800 crore in India, it is expected to touch the Rs.35,000 crore mark in the next three years, growing at a compounded annual growth rate (CAGR) of 45%, according to a report by ASSOCHAM.

Some significant reasons that may have contributed to the rising demand for grooming products among Indian men, especially in smaller towns include: changing demographics, lifestyles, increase in disposal incomes, rising media exposure, growth in the retail segment and wider availability of products.

Speaking about the results of the survey, CashKaro Co-Founder, Swati Bhargava said, “While many people may find the results of the survey surprising, those keyed into e-commerce are aware of the growing aspirations of those living in non-metro cities and small towns. At CashKaro, we see a lot of traction on grooming related products on partner sites like Beardo, MCaffeine, The Man Company etc. This survey shows the immense potential of Indian e-commerce as it goes deeper into Tier 2, 3 & 4 cities.”

The survey also indicates that skin lightening creams are amongst the most desirable grooming products while beard products such as beard oil, beard gel, etc. have been perceived to be the most popular among students and corporate professionals.

The survey was conducted at a pan-India level with 3,000+ respondents from 30+ cities.

About CashKaro
Founded by Swati and Rohan Bhargava, in 2013, CashKaro.com is India’s Largest Cashback & Coupons Site. It is funded by Kalaari Capital and Mr. Ratan Tata with sister concerns in the UK (Pouring Pounds) & Singapore (ZoBucks). CashKaro has paid over 100 Cr as Cashback to its 2.5 Million members till date. When users shop via CashKaro on sites like Amazon.in, Flipkart, Myntra & 1500+ others, CashKaro receives a commission from these retailers. A part of this commission is passed on to users as Cashback and can be transferred to the users’ bank accounts or be redeemed as Gift Vouchers.
Reactions: