on June 01, 2019
IndiGo bestowed with ‘Customer choice Airline of the Year’ at BIAL Pinnacle Awards 2019 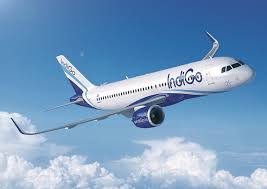 Mr. Wolfgang Prock-Schauer, Chief Operating Officer, IndiGo said, “It gives us immense pleasure to be recognised by Bangalore International Airport Authority across five prestigious categories across customer service, cargo and business growth. This is a recognition for all the IndiGo employees who strive to deliver an exceptional, efficient and reliable service to our customers on domestic as well as international routes every day, while working relentlessly to strengthen our network and cargo operations. It has been our constant endeavour to live up to and exceed our customer’s expectations and we will continue to work hard to accomplish higher standards of excellence. This achievement is testament to our commitment towards being on-time, courteous and hassle free, and providing low fares, always.”

The process to adjudge the winners is transparent and based on the various service offering across airlines, commercial and cargo & aviation services. The Awards are divided into two subsets; data-based awards, which are numerical driven and submission-based awards, which are driven by the quality of the citations provided by the contenders.

IndiGo has recently been recognised by Singapore-based Changi Airport Group as the Top Airline by Absolute Passenger Growth – South Asia. In 2018, IndiGo’s traffic in Changi has grew by more than 1,44,000 passengers, representing a growth of 57% as compared to last year. The airline also received the ‘Best Low-Cost Airlines -Asia’ award at Travellers' Choice Airline Awards 2019 by TripAdvisor. The award recognises travellers’ favourite carriers around the globe and awards them for their operational excellence. Additionally, Skytrax conferred IndiGo with the world Airline award for best Low-cost Airline in central Asia-India in 2018.

IndiGo is amongst the fastest growing low-cost carriers in the world. IndiGo has a simple philosophy: offer fares that are low, flights that are on time, and a courteous, hassle-free and reliable travel experience. With its fleet of over 200 aircraft, the airline offers around 1400 daily flights and connects 54 domestic destinations and 17 international destinations.
Reactions: