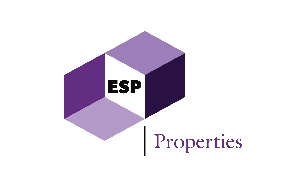 75% of which is claimed by television and digital together
With OTT platforms on the rise, newer monetization models are getting explored, driven by the 3Cs - Cost, Content and Comfort
The celebrity-brand endorsement industry size escalated to reach Rs. 1000 crore milestone

Mumbai, May 28, 2019: ESP Properties- the entertainment and sports division of GroupM launched the second edition of SHOWBIZ Report, in India. SHOWBIZ 2.0 is a consolidated India Entertainment Marketing Report which covers the Entertainment Industry in four parts – Film Marketing, Brands & Films, Celebrity Endorsements and Licensing in India.

Vinit Karnik - Business Head, ESP Properties said, “Be it the advent of digital fuelling the propensity of content consumption OR the rise of content over celebrated star cast, be it  Bollywood stars wanting a bite of the digital pie OR the investments by the brands, be it the change in the marketing mix of production houses OR the growth of new digital celebrities – 2018 in hindsight has been nothing short of revolutionary.”

Looking back at 2018, we saw a clear divide between the Top 40 Movies (in terms of opening weekend collections) and the rest, as the former invested an average of Rs. 4.46 crore to garner 321K sec. of FCT per film (nearly twice of the rest of the pack) on TV and backed it up with almost 50M views for their YouTube trailer (over 4.8X the average YouTube trailer views for the rest of the films). Another interesting fact, “Cricket” as an advertising genre seemed to have attracted English Films far better as compared to its Hind counterpart as English Films invested 11% of its marketing monies on the sport as compared to 3% by Hindi films.

Brands are exploring marketing opportunities beyond feature films and with the upcoming ventures of deep-seated digital mediums, there is a content explosion in the OTT world. New OTT trends are not farfetched when compared to the entertainment industry. Engagement numbers are proof that OTT platforms have managed to generate cult-following. The 3Cs i.e. Cost, Content and Comfort will continue to drive OTT platforms. Estimated Media spend by OTT platforms like Amazon Prime Video, Netflix, Hotstar, Zee5, Sony LIV, Voot, Eros Now and ALTBalaji grew at an astronomical 207% from 2017 to 2018 with the likes of Zee5 and Sony LIV skyrocketing their marketing spends to tizzy heights.  With their spends growing by twice, thrice, even ten times that of the previous year’s, OTT giants are gearing up faster than the cinematic world can fathom.

With fans not just consuming a fresh mix of content but also participating in promotions through social media challenges or posts, digital platforms helped B-town generate bilateral engagement and increase the retention value of campaigns.

Celebrity endorsement saw a significant rise in 2018. The celebrity-brand industry size escalated to reach a close Rs. 1000 crore milestone. While the Top 10 Celebrities’ endorsement value grew by 20% over 2017 touching a whopping Re. 605 crore, its contribution to the overall industry size went down from 64% in 2017 to 61% in 2018. This indicates a major change in advertiser behavior wherein the brand custodians have started looking beyond the A-listers. Akshay Kumar crossed over the ‘Khan Influence’ in the celebrity endorsement sector and 2018 saw the “Power Couple” baton being passed on from Virushka to DeepVeer with much social media fanfare…

Vinit added, “Celebrities and fashion have a permanent bond which is not likely to fade away anytime soon. They will remain the fashion icons that the Indian youth looks up to. Sellable content, brands exploring marketing opportunities beyond feature films and new species of celebrity influencers brewing the social space are some of the key trends to look out for this year for taking entertainment to the next level. Influencer game will become stronger with brands increasingly swaying towards them, vying for direct reach with their loyal follower bases as part of their renewed brand strategies.’’

The advent of social media has given birth to a new domain of marketing which is through influencers on various platforms. Social media influencers might have a smaller audience but their engagement on specific domains is very high and impactful.

Krrish, Ra.One and A Flying Jatt conquered successful merchandise sales earlier, following which, domestic superheroes are expected to see a new dawn of franchising. Also, with Rohit Shetty’s ‘Supercop’ formula in perception, the Indian film industry will look at innovative ways of creating and marketing superheroes. Owing to their powerful presence, and direct and relevant engagement, social media influencers are also expected to bag more licensing deals in the coming years.

Brands are always exploring newer opportunities to reach out to customers. 2018 saw 18 new brands enter the film marketing space with movie tie-ups. FMCG was both, the top spender and biggest contributor in terms of brand associations in 2018. E-Commerce is the second largest contributor to tie-ups in 2018. Health and Fitness is another brand category that grew in tie-ups with movies, registering an increase of 4% from the previous year. E-commerce and Health & Wellness will continue to be the sectors to look out for in 2019.

ESP Properties, part of WPP’s GroupM, is dedicated to helping rights-holders from the worlds of sports and entertainment take advantage of digital and data-driven changes in the media landscape. Their tailored offering is designed to have the greatest impact on rights-holders’ revenues. ESP Properties’ mission is to help rights-holders unlock greater value from their audiences and brand partnerships by providing a single point of entry into WPP’s global resources, and access to the world’s largest brands that are looking for premium opportunities in sports and entertainment.

GroupM India is a data-centric, digitally charged marketing services conglomerate. With our six agencies including Wavemaker, MediaCom, Mindshare, mSix, Motivator, Essence, and specialty services, GroupM India gives clients the advantage of global operation and learnings, along with local expertise and market insight. With our investment in data, technology and diverse talent, GroupM India aims to shape the future and transform challenges into opportunities for our clients.
Reactions: