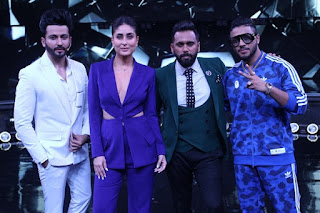 The latest season of Dance India Dance is a Battle of the Champions,  pitting India’s four zones against each other in a hyper-competitive format! 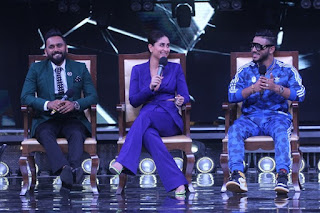 Premiering on 22nd June, the show will air every Saturday and Sunday at 8 PM only on Zee TV!
Mumbai, 30th May, 2019:  For over 25 years, Zee TV has been at the forefront of giving India’s common man a platform to showcase his talent. Since its very first season in 2009, the channel’s biggest talent-based reality format, Dance India Dance, has revolutionized the landscape of dance in India, making it a mainstream career choice for millions. After a decade of introducing an entire generation of dancing sensations like Salman Yusuff Khan, Shakti Mohan, Dharmesh Yelande, Punit J Pathak and Raghav Juyal to the industry, a spectacular 360-degree arena stage with no less than 120 cameras is set for an exciting battleground of dance as Dance India Dance returns with an all-new season and a hyper-competitive format - Dance India Dance: Battle of the Champions, premiering on 22nd June, airing every Saturday-Sunday at 8 PM only on Zee TV. 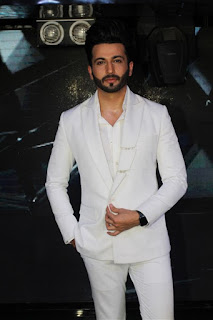 It will be a season of many firsts with the creative team managing an exciting coup on the judges’ panel. None other than the gorgeous diva – superstar Kareena Kapoor Khan will be seen making her television debut as a judge. Joining her on the panel will be the King of Hooksteps and the Boss of Dance - Bosco Martis who returns to television after 3 years in search of an outstanding dancer who will land a chance to feature in his next dance film. Life comes a full circle for the ultimate swag star – the reigning rapper with killer moves – Raftaar, who was once seen as contestant on DID Doubles; this season, he moves to the other side of the table as judge! Adding his wit and charm to the show will be the suave and handsome host Dheeraj Dhoopar. 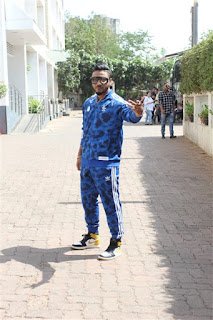 Produced by Essel Vision Productions Ltd, Dance India Dance: Battle Of The Champions promises to be the #DanceKaJungistaan – an exciting battleground where India’s four zonal teams - East Ke Tigers, South Ke Thalaivas, North Ke Nawabs and the West ke Singhams will be pitted against each other in weekly knock-out rounds to become the ultimate National Dance Champion. 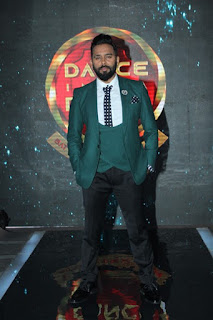 This time around, the dancers will be showcasing their moves on a larger-than-life 360-degree arena stage where 120 cameras will capture their most intricate ‘champion move’, leaving absolutely no room for error. The truly international look and feel of the sets is enhanced by a snazzy satellite stage, tunnels for entries, convex and concave LEDs that will enhance the magic of every performance.  Season after season, 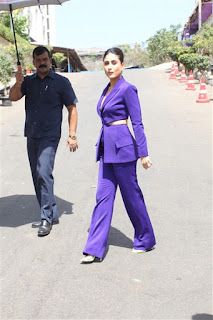 Dance India Dance is known to add to India’s dance vocabulary with never-seen-before styles, techniques, fusion forms and catch audiences off-guard with the sheer caliber of its contestants. This year will be no exception as the champions will only up the ante when it comes to brilliance in dance, making the season truly entertaining and enthralling! 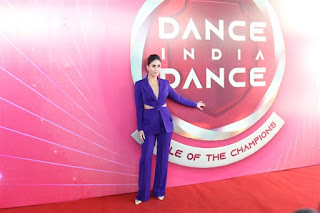 Zee TV Business Head Aparna Bhosle said, “A decade since the launch of its first season, Dance India Dance has been instrumental in providing aspiring dancers in the country with a platform to showcase and hone their talent, gain exposure and make inroads into the industry as choreographers and dancing stars. After 6 successful seasons and having introduced the entertainment fraternity to some of its finest dancing talent, we now present our audiences with season 7, completely reinventing the show. This season will have an exciting, hyper-competitive format where 16 dance champions representing the 4 zones of India will be pitted against each other in knock out rounds to emerge as the national dance champion in the #DanceKaJungistaan. 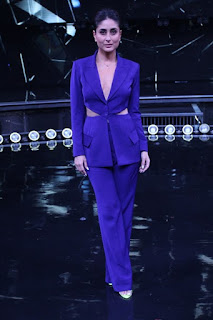 We are excited to present the television debut of the gorgeous Kareena Kapoor Khan as judge this season. Joining her on the panel is choreographer Bosco Martis who plans to identify the promising dancers and give them a chance to feature in his next dance film venture. With history of being a contestant on the same platform, rapper Raftaar returns as judge this season. We are also happy to welcome the leading actor of our popular show Kundali Bhagya, Dheeraj Dhoopar who makes his hosting debut with the show. We aim to strengthen our weekend primetime with this exciting new season of Dance India Dance: Battle of the Champions.” 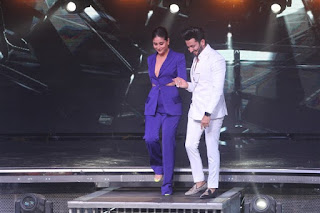 Judge Kareena Kapoor said, “Dance India Dance is an amazing platform to bring the greatest dancers of the country to the forefront. The platform has given the country extremely talented dancers in the past who are recognized largely by the masses today. This year too, I am hoping to see extraordinary talent emerge from the four zones. Moreover, I  am going to approach this in a fun manner and am looking out for not just great dancers but also great performers and dancing stars who can captivate the audiences.”
Judge Bosco Martis said, “Dance India Dance: Battle of Champions is a great platform that encourages dancers to pursue their dreams and see them turn into reality. It feels great to be back on television after 3 years which such a great show that has incredible talent. This year, the season is packed with supremely talented performers and a revamped format which will make it an interesting watch for the audiences. I look forward to identifying the most impressive dancers this season who will then go on to be a part of my next dance film venture!”
Judge Raftaar said, “I have been associated with Dance India Dance in the past as a contestant and I have many fond memories of dancing on this stage. I am looking forward to witnessing some of the finest dancers of the country  … having been a contestant myself, I think I’ll be able to relate with their journeys very closely and guide them in making the right choices and approach the platform with the right attitude.”
Host Dheeraj Dhoopar said, “I am excited to make my hosting debut with a show like Dance India Dance. While my fans enjoy watching me as Karan Luthra from Monday-Friday in Kundali Bhagya, they will now be able to witness me in a different avatar over the weekends too. Moreover, I am looking forward to having a great camaraderie with the judges and entertaining the audiences thoroughly”
Premiering on 22nd June, Dance India Dance: Battle of the Champions will air every Saturday and Sunday at 8 PM only on Zee

About Zee TV
Zee TV, the flagship channel of Zee Entertainment Enterprises Ltd was launched in October 1992. With a reach of more than 173 countries and access to 1+ Billion viewers globally, Zee TV has created strong brand equity and is the largest media franchise serving the South Asian Diaspora. Realizing its strength in programming and the need for Indian entertainment in the overseas market, it launched Zee TV in the UK / Europe (1995), the USA (1998), Africa (1998) and is available across five continents. Nearly two decades since its launch, Zee TV has driven the growth of the satellite and cable industry in India. The popularity of Zee arises from its understanding of Indian culture and beliefs that are reflected in its programming. Zee TV’s content library delivers a variety of choices for the great Indian middle class ranging from non-fiction formats that celebrate the talent of India’s common man to fiction shows that deliver strong messages and drive positive change in society while entertaining viewers. Zee TV’s content resonates with its core ethos - ‘Aaj Likhenge Kal’ that aims to inspire viewers to take charge of their destinies giving wings to their dreams and aspirations.