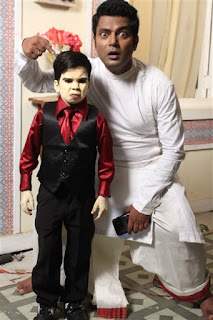 It takes a special kind of performer to climb the showbiz ladder the way Navi Prabhakar has, and very few comedians have hit the highs that he has touched. Having played several comical roles both on the big screen and small, Navin will now be seen entering the genre that has been ruling the television screens - Supernatural. Making his foray into this genre with &TV’s Laal Ishq, the talented actor, comedian and singer will soon be seen playing a role of a famous ventriloquist. Shedding his comical avatar, the actor will be part of a spooky story that will leave the viewers in jitters. 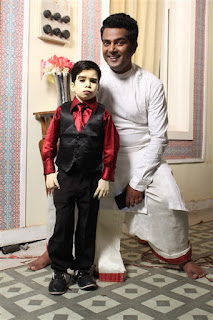 The actor who is also a fabulous singer believes in keeping an open mind, be it opportunities, new ideas or genres to explore. Revealing a little more about his debut in the new space and exploring more such types of role, Navin said, “I’ve always been fascinated by themes of mystery and paranormal as these genres are currently ruling the television space. I was keen on experimenting and Laal Ishq was a brilliant opportunity where I play the role of a ventriloquist named Subodh whose doll gets possessed with his former teacher’s soul. The entire experience shooting for the show has been a unique one. It is quite different from the regular daily soaps and the making of it and the final product is an intense process. Showcasing fear and more serious emotions wasn’t a cakewalk for me to be honest but I enjoyed it”. 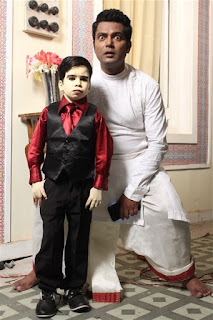 He further added, “I would love to explore more such characters on screen. Being a comedian we kind of get typecast for only comical roles, but it’s my earnest wish to play a serious grey character on screen someday.”

The upcoming episode narrates the story of Subodh Chatterjee, a ventriloquist who has been previously warned by his teacher Shubhankar to not be desperate about success as it will eventually result in a downfall for him. Due to an unfortunate accident triggered by Subodh, Shubhankar loses his life when locked in a burning cupboard. In an attempt to take revenge from Subodh, Shubhankar possesses his only companion Johnny (Subodh’s puppet). With the possession what unfolds is a series of supernatural incidents in Subodh’s life.
Will Shubhankar’s spirit be able to take revenge from Subodh? Will Shubhankar forgive Subodh for what he did with him?

To know more, watch Laal Ishq every Saturday and Sunday at 10 pm only on &TV