on June 02, 2019
COLORS INFINITY turns just another June into a jubilant and joyous June 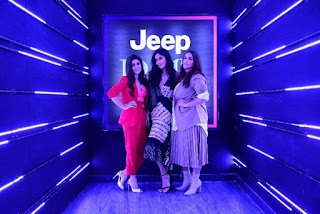 ~ COLORS INFINITYpremieres 3 riveting new dramas in one month ~
~ Stimulating conversations with a blend of unscripted retorts and zestful revelations on new episodes of BFFs With Vogue, every Saturday at 9pm ~
~ Catch the 13-year-old Mumbaikar Akshat Singh dance his way to the GOLDEN BUZZER on a brand-new season of Britain’s Got Talent on June 20th ~ 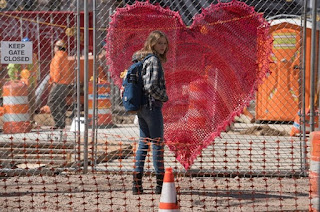 National, Friday May 31, 2019:This June, there can be only onereason to never leave your couch, and that is the zany programming line-up of COLORS INFINITY. Starting June 1stthroughout the month, COLORS INFINITYhas an unmatched bouquet of shows to keep you intrigued and entertained. A blend of uncensored conversations with Bollywood’s BFFs, Britain’s biggest talent hunt, the most-talked-about legal drama, a comedy of epic proportions and threecritically acclaimed dramas, all packed in a single month. 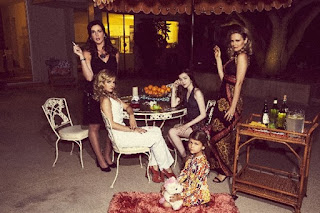 Commenting on the exciting programming planned for June, Hashim Dsouza – Head of Programming, English Entertainment, Viacom18, said, “COLORS INFINITYis the one-stop-show for the latest and best in English Entertainment, boasting a line-up that includes multiple Indian television premieres, signature Homegrown properties, most-watched reality shows, acclaimed dramas, popular superhero franchises and much more. Appeasing the varying tastes of viewers, we’ve handpicked an assortment of shows for primetime viewingthat include 3 heart-warming and enchanting shows including The Village, The Red Line and American Woman that redefine binge-worthy drama; and the biggest platform for international talent hunt – Britain’s Got TalentSeason 13. Along with the existing line-up, the new additions to our programming is yet another example of our efforts to keep viewers entertained throughout June.”
Jeep presents BFFs With Vogue powered by RealIsADiamond.in
Spend your Saturday nights with a Bollywood glittering guestlist that includesKatrina Kaif, Shahid Kapoor, Parineeti Chopra& Ayushmann Khurana alongside their BFFs Anaita Shroff Adajania, Kiara Advani, Sania Mirza & Radhika Apte on Jeep presents BFFs With Vogue powered by RealiIsADiamond.in every Saturday at 9pm.

Britain’s Got Talent – Season 13 Premiere (June 20th)
After capturing the hearts of millions of Indians, Akshat Singh has taken UK by storm and broken the internet with a performance worthy of the coveted ‘Golden Buzzer’ in the latest season of Britain’s Got Talent. Starting June 20th, watch Akshat and many multi-talented mavericks strut their stuff on one of the world’s biggest platform for talent – Britain’s Got Talent every weekday at 9pm.

Premiering on Indian television in June at primetime, three refreshing new dramas with riveting storylines – The Red Line, The Village and American Woman tug on the heartstring of viewers and keep them coming back for more every week from Monday to Friday at 10pm.
The Red Line – Season 1 Premiere (June 3rd)
Follows the journey of three very different Chicago families towards hope and healing after a tragedy causes them all to consider how race and racial biases affect their lives.

The Village – Season 1 Premiere (June 13th)
Welcome to The Village, an apartment building in Brooklyn that appears like any other from the outside but is quite unique inside. The people who reside here have built a bonded family of friends and neighbors. These are the hopeful, heartwarming and challenging stories of life that prove family is everything – even if it's the one you make with the people around you.

American Woman – Season 1 Premiere (June 27th)
AMERICAN WOMAN centers on Bonnie Nolan (Alicia Silverstone), an unconventional mother struggling to raise two daughters after leaving her husband amid the rise of second-wave feminism in 1970s Los Angeles. Finding herself a single woman with no means to support herself or her children, Bonnie comes to rely on the help of her two best friends, Kathleen and Diana, and these three women each discover their own brand of independence in a glamorous and ever-changing world reluctant to give it.
Tune into for a rollercoaster of emotions and unlimited entertainment this June only on COLORS INFINITY
ABOUT COLORS INFINITY:
COLORS INFINITY is Viacom18’s English General Entertainment Channel, under the flagship brand COLORS. Bringing a new horizon to English Entertainment in India, COLORS INFINITY will showcase internationally acclaimed television series spanning genres such as Drama, Superheroes, Comedy, Fantasy, Crime and Thrillers from major studios like Warner Brothers International TV, NBC Universal, Sony Pictures Television, Twentieth Century Fox, Lionsgate, MGM, BBC and Endemol Shine amongst others, and reality shows ranging from Dancing, Cooking, Magic, Singing & other lifestyle interests. The channel is also the host for the biggest global Live Events & Award shows, as well as premium biopics, mini-series Documentaries and much more. COLORS INFINITY aims to appeal to the neo-urban viewer and open-up a wider market by breaking the English language barrier. The channel is Available across DTH & Digital cable platforms, the channel will be aired in SD as well as 1080p HD format with Dolby 5.1 Surround Sound.

ABOUT VIACOM18:
Viacom18 Media Pvt. Ltd. is one of India's fastest growing entertainment networks and a house of iconic brands that offers multi-platform, multi-generational and multicultural brand experiences. A joint venture of TV18, which owns 51%, and Viacom Inc., with a 49% stake, Viacom18 defines entertainment in India by touching the lives of people through its properties on air, online, on ground, in shop and through cinema.
Reactions: