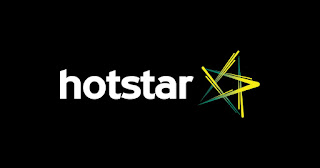 Come June, take a break from the summer heat and enjoy some of the latest international titles only on Hotstar Premium. From Drama to Crime Thrillers, be the first to enjoy the best stories from across the world.
Here’s a set of fresh arrivals on Hotstar Premium
HIGHLIGHTS – TV SHOWS
Big Little Lies (S2)
About: The apparently perfect lives of upper-class mothers, at a prestigious elementary school, unravel to the point of murder when a single-mother moves to their quaint Californian beach town
Cast: Reese Witherspoon, Nicole Kidman, Shailene Woodley, Zoë Kravitz
Queens of the South (S4)
About: Teresa flees Mexico after her drug-runner boyfriend is murdered. Settling in Dallas she looks to become the country's reigning drug smuggler and to avenge her lover's murder.
Cast: Alice Braga, Veronica Falcón, Peter Gadiot
Pose (S2)
About: Pose is set in the world of 1987 and looks at the juxtaposition of several segments of life and society in New York: the rise of the luxury universe, the downtown social and literary scene and the ball culture world
Cast: MJ Rodriguez, Dominique Jackson, Billy Porter, Evan Peters, Kate Mara
Baskets (S4)
About: After failing at a prestigious French clowning college, Chip Baskets looks to keep his dream of becoming a professional clown alive
Cast: Zach Galifianakis, Martha Kelly, Louie Anderson
JETT (S1)
About:World-class thief Daisy "Jett" Kowalski is just out of prison and already being forced back into what got her there, by a group of eccentric and dangerous criminals
Cast: Carla Gugino, Giancarlo Esposito, Michael Aronov
Euphoria (S1)
About: A look at life for a group of high school students as they grapple with issues of drugs, sex, and violence
Cast: Zendaya, Jacob Elordi, Austin Abrams, Hunter Schafer, Algee Smith
City On A Hill (S1)
About: In 1990s Boston, an assistant district attorney and a corrupt yet venerated FBI veteran work together to take on a case that grows to involve, and ultimately subvert, the entire criminal justice system of Boston
Cast: Kevin Bacon, Aldis Hodge, Jonathan Tucker
HIGHLIGHTS – DOCUMENTARIES
The Cold Blue
About: A tribute to one of the world's great filmmakers and the men of the 8th Air Force who flew mission after suicidal mission in the Second World War
Ice on Fire
About: Ice on Fire explores the many ways we reduce carbon inputs to the atmosphere and, more important, how to "draw" carbon down, bringing CO2 out of the atmosphere and thus paving the way for global temperatures to go down
Cast: Leonardo DiCaprio
HIGHLIGHTS – MOVIES
Deadwood
About: In 1889, past and present residents of Deadwood are reunited to celebrate South Dakota's impending entrance into the Union as the 40th state
Cast: Timothy Olyphant, Ian McShane, Molly Parker
The Incredibles 2
About: The Incredibles hero family takes on a new mission, which involves a change in family roles: Bob Parr (Mr Incredible) must manage the house while his wife Helen (Elastigirl) goes out to save the world
Cast (Voices): Craig T. Nelson, Holly Hunter, Sarah Vowell
Hotstar Premium has large selection of latest American shows, blockbuster Hollywood movies and award-winning content from International studios.

About Hotstar
Hotstar is India’s largest premium streaming platform with more than 100,000 hours of drama and movies in 9 languages, and coverage of every major global sporting event. Launched in early 2015, it is one of India’s most downloaded apps and has attracted more than 350 million followers on the back of a highly evolved video streaming technology and high attention to quality of experience across devices and platforms. Hotstar has secured top spots on the Google Play Store as well as the Apple App Store and has consistently been named among the most popular apps on both platforms since its launch.