The fear is over; Now ‘My name is RaGa’ will come out : Rupesh Paul 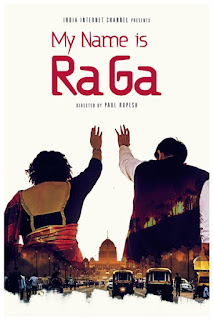 New Delhi: Rupesh Paul, Director of ‘My name is RaGa’ reveals that it’s the RaGa Bhakths who pulled and stopped his movie out of Modi fear. “Now the fear is over. He came already. Why should someone hallucinate now ? I am looking at this very positively that Rahul has emerged as the only opposition leader as everyone else was lost in the ‘lehar’” said Mr. Paul.
The release of all political biopics including ‘My name is RaGa’ were stalled by the EC. But Rupesh says that more than the Election Commison,  the movie was pulled back by people of RaGa’s party either due to fear of NDA coming back or they did not want RaGa to rise.

“I think many Congress sympathisers or workers want RG or Gandhi family as only a short cut  to win elections. The party always used Gandhi family to face the resentful voters. Martyrdom of Indira Gandhi and Rajiv Gandhi were mere ‘political twists’ for many of the top leaders in the party who wanted to come back in power without breaking a sweat”

Rupesh Paul declared that he will come up with his honest film now with no fear and with all freedom the constitution offers to a citizen.
Reactions: