Stuck in motion: Chandan Roy Sanyal confines himself to an auto rickshaw.

on May 26, 2019
Stuck in motion: Chandan Roy Sanyal confines himself to an auto rickshaw. 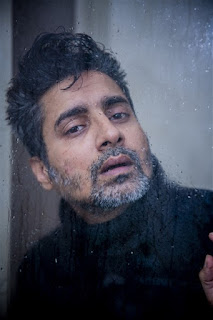 Hawa Badle Hassu the environmental sci- fi web series featuring Chandan Roy Sanyal in the lead and titular role which is majorly shot inside the rickshaw. Chandan had to learn how to ride a rickshaw in merely two hours to shoulder Hassu’s role. The thinking actor blocked time with a rickshaw driver and drove around versova in the wee hours to get his act on the three- wheeler right. 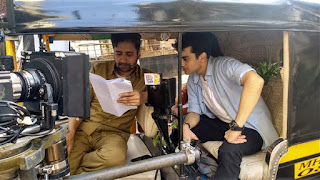 Hassu is a do gooder rickshaw driver who has immense love for the environment and wants to fight air pollution. He interacts with his passengers and educates them on air pollution while talking about day to day life and their problems. Hassu is an agent of change and in his own little way he contributes by using CNG fuel and turning his own little haven- the rickshaw into an eco friendly zone. 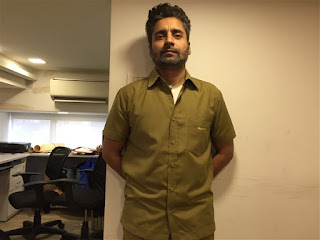 Talking about his role Chandan stated, “This was a sure shot challenging role. Not only did I have to learn riding rickshaw within a couple of hours but had to do most of my scenes while riding the rickshaw around as 70 percent of the series is filmed inside the rickshaw. Imagine the challenge? Being confined to that tiny space and delivering all your dialogues, emotions and reactions”.

Hawa Badle Hassu starts as a slice of life story and genre bends itself into a full throttle sci –fi space with a promise for more in season 2. The series is slated to be launched on Sony Liv soon.
Reactions: