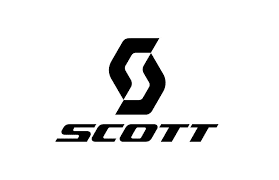 21st May, 2019.
SCOTT Sports India, a subsidiary of SCOTT Sports SA, a swiss producer of bicycles, motorsports gear, sportswear and winter equipment, announced the winner of 4 National Titles in Road Racing and 2 National Titles in Indian National Rally Championship, Aishwarya Pissay, as its first female athlete.
Aishwarya Pissay is the first Indian woman to compete in the Baja Aragon World Rally in Spain held in 2018 and has her sights set on participating in the Dakar Rally in the near future. After a couple of strong finishes in the Baja Championships held in Portugal and Dubai, including a podium finish, she is now leading the overall women’s category in championship. Post that, Aishwarya returned to India to participate in the Desert Storm 2019 in Jaisalmer. After a strong start to the rally, Aishwarya finished 16th owing to mechanical issues, which affected her overall ranking. She is next heading abroad for a training sojourn as she prepares for the Indian National Rally Championship 2019 and the remaining two editions of the 2019 FIM Bajas World Cup.
Commenting on becoming SCOTT Sports India’s first female athlete, Aishwarya said, “I am delighted to be associated with SCOTT Sports, a brand that embodies my drive with its No Shortcuts philosophy. The brand’s commitment to their values of design, innovation and technology, delivers the best motorsports gear and apparel an athlete can ask for. I look forward to a strong relationship that will partner my success in the world of motorsports.”
“SCOTT Sports is committed to constantly innovate and deliver the best to high-performing athletes like Aishwarya Pissay, CS Santosh and Ikshan Shanbag.” said Jaymin Shah, Country Manager, SCOTT Sports India. “Aishwarya has stood against all odds to become the best in her sport and we’re delighted to support her journey.”

Scott Sports India, a subsidiary of Scott Sports SA, is a Swiss producer of bicycles, winter equipment, motorsports gear, running gear and sportswear. The company focuses on building a strong connection between these segments and provide a complete year around head-to-toe program for each season. Scott Sports started operations in India in 2010 and are committed to provide the best in technology and design by continuously innovating through the no shortcuts philosophy.
Currently, SCOTT Sports India supports a number of cycling, motorsports and running athletes.
Scott Sports dates back to 1958, founded by Ed Scott, who revolutionized skiing by inventing the first aluminium ski pole. Since then, it brought a series of innovative products to the market in each of the sporting segments that were carefully added to the portfolio be it cycling, running, motorsports, winter sports and outdoor.
SCOTT Sports has a long history with cycle racing globally, and currently the teams Mitchelton-Scott(Men) and Michelton-Scott(Women) participates in a number of races around the world, including the Tour De France.
Website: https://www.scott-sports.com/in/en/
Reactions: