Of Questionable Career Choices That Raise An Eyebrow!

on May 26, 2019
Of Questionable Career Choices That Raise An Eyebrow! 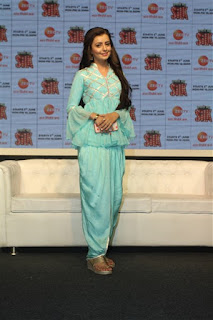 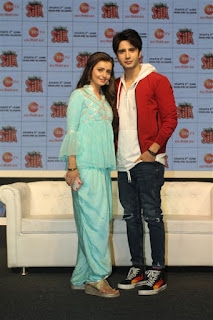 with its upcoming fiction show ‘Hamari Bahu Silk’, premiering on 3rd June’19 and airing every Monday-Friday at 10:30 PM 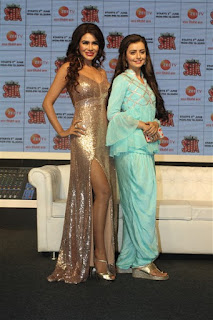 Mumbai, 21st May, 2019:   “Log kya kahenge” is, perhaps, the most commonly abused phrase in our country, especially in the context of life choices made by women. Every day, they find themselves bound by social norms, conventions and morals which if they dare not adhere to, people are quick to judge and label them ‘characterless’. But who decides what is right and what’s wrong? What career choice is appropriate and which one isn’t? Presenting viewers with a light-hearted, slice-of-life take on this extremely pertinent subject that matters to every Indian is Zee TV’s upcoming fiction show ‘Hamari Bahu Silk’. 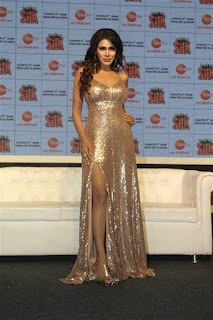 The story revolves around a smart, young middle-class girl Pakhi who has a quirky talent of mimicking voices. Compelled to look for a job and support her family, she chances upon a bold and brazen starlet Natasha, appreciated solely for her looks and rejected for her hoarse voice. Seeing this as an opportunity and driven by her financial circumstances, Pakhi decides to lend her voice and becomes a dubbing artist for sensuous films starring Natasha. She uses her voice to titillate Natasha’s fans and makes her two ends meet in the process. Will her own people accept Paakhi’s off-beat, seemingly ‘questionable’ career choice? Will she find love, happiness, acceptance in matrimony or be ostracized by the bigots and be relegated to a life of treading her path alone? Hamari Bahu Silk is produced by Devyani Rale of Klay Picture and will go on-air starting 3rd June’19, airing every Monday to Friday at 10.30 PM on Zee TV! 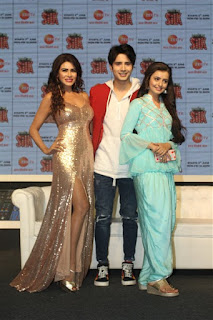 Zee TV Business Head Aparna Bhosle said, “In the current context, with saturation across the more conventional career choices, more and more of the younger generation has begun to opt for unconventional jobs based on their individual aptitude, leveraging their biggest strengths. And all of that finds social sanction as it should. However, if a woman happens to take on a job that isn’t exactly deemed ‘appropriate’, she finds herself being frowned upon, criticized or mocked at by her own family, friends and relatives. We believe this throws open an interesting subject for discussion -  who is it that should decide what is an appropriate or inappropriate job? The woman herself,  or society? What if she has her own reasons behind taking up that job? Should she be answerable to others for her choice? While presenting this subject to the audience, we didn’t want to be too preachy, so Hamari Bahu Silk presents a light-hearted, entertaining take on the issue at our weekday 10:30 PM slot.” 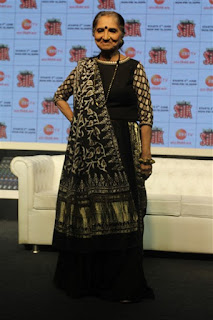 Producers at Klay Picture said, “Hamari Bahu Silk explores a never-seen before glimpse into the world of dubbing for films and captures the journey of a girl who finds her way into it. The story touches upon the idea of off-beat careers  and questionable jobs and how one such choice can impact one’s entire life and the key relationships. While our protagonist Pakhi takes up the job of a dubbing artist for sensuous films thanks to her financial circumstances, she will find herself struggling for acceptance by family and in-laws post-marriage. Each character is strongly author-backed and justified in their own actions for viewers to truly enjoy the dynamics between them. We have a stellar cast on board, each playing their part convincingly. Hamari Bahu Silk will provide the viewers a light-hearted, slice-of-life take on this very pertinent subject. We are happy to associate with Zee TV and look forward to a great collaboration with this new fiction offering.” 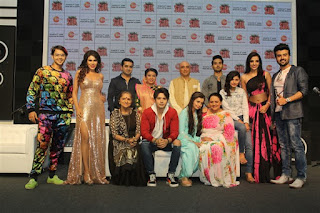 Actor Chahat Pandey who plays the lead role of Pakhi said, “I am glad to be a part of a show like Hamari Bahu Silk that raises a very relevant question in a unique, light-hearted way. I essay the character of Pakhi who is a  young and bubbly girl and has a quirky talent of mimicking people’s voices. Putting this talent to use, I will find myself lending my voice to a sensuous film starlet Natasha to support my family and making my two ends meet. But will this set me up for rejection and ridicule in life? Will my in laws ever come to terms with my job? Pakhi’s choice will set her off on a journey of standing up to society’s scrutiny of her character, mixed reactions from her own people and defending her own dignity. I am really excited about this character and I hope the audiences enjoy seeing me as Pakhi.”

Actor Reeva Chaudary who plays the starlet Natasha said, “Hamari Bahu Silk is a unique concept and I am extremely proud to make my debut with this show. It has a strong narrative and will nudge the viewers to think about alternate careers people opt for and the repercussions of the choice they make.  My character Natasha is an actress and appreciated for her beauty but rejected for her hoarse voice. There is a unique bitter-sweet relationship that develops through the story between Pakhi and her. The character is very interesting and I am really excited about my association with Zee TV and hope to entertain the audiences thoroughly”

Actor Zaan Khan who plays the hero Naksh said, “I essay the character of Naksh Parikh who is a 22-year old young man and extremely passionate about photography. While his family has a catering business, they strongly object to his interest and want him to pursue their business. Hamari Bahu Silk is an intriguing story which will leave the audiences with some food for thought on a pertinent issue, without being preachy or too serious. The character is challenging to essay as Naksh is always torn between his passion and pressure from his family. I am very excited about this endeavor and hope that the audience enjoys seeing me in this avatar!”

Will her own family accept Pakhi for her off-beat career choice? Or will she struggle to garner the respect, love and acceptance amongst her own people?

Zee TV, the flagship channel of Zee Entertainment Enterprises Ltd was launched in October 1992. With a reach of more than 173 countries and access to 1+ Billion viewers globally, Zee TV has created strong brand equity and is the largest media franchise serving the South Asian Diaspora. Realizing its strength in programming and the need for Indian entertainment in the overseas market, it launched Zee TV in the UK / Europe (1995), the USA (1998), Africa (1998) and is available across five continents. Nearly two decades since its launch, Zee TV has driven the growth of the satellite and cable industry in India. The popularity of Zee arises from its understanding of Indian culture and beliefs that are reflected in its programming. Zee TV’s content library delivers a variety of choices for the great Indian middle class ranging from non-fiction formats that celebrate the talent of India’s common man to fiction shows that deliver strong messages and drive positive change in society while entertaining viewers. Zee TV’s content resonates with it's core ethos - ‘Aaj Likhenge Kal’ that aims to inspire viewers to take charge of their destinies giving wings to their dreams and aspirations.