on May 11, 2019
Natasha Suri-Singh to play the protagonist in a mythological webseries centred around Goan places of worship 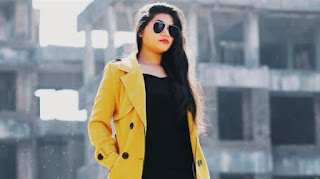 Mumbai-Goan-origin, Hollywood director Jazon Fernandez who is currently shooting a mythological webseries on the temples in Goa for an online digital platform will be visiting some temples in Ponda and other parts of Goa this week. He is filming six episodes in Goa and the shooting is already underway. 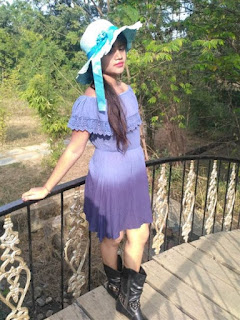 Fernandez who is associated with the Hollywood studio Apollonius Films is scouting for talent has visted Chennai and Rajasthan. They have teamed up with director Maneesh Singh of Vrindaavan Films for the webseries project as well as two other film projects.

Director Maneesh Singh today announced at Maharashtra-based 21-year-old Natasha Suri-Singh has been selected for the two webseries projects as well as for an international crossover film.

Fernandez has studied the century-old presently submerged Shree Ganesh temple near Kurdi as well as the famous Someshwar temple, also submerged. The relics of Someshwar temple, along with the vestiges of the entire submerged village, resurface during the summer months of April and May, before going under water once the monsoon sets in.

Jazon said the webseries is based on Indian and Greek mythology and shooting is going on in Goa. Reports claim that about 30 per cent of the film is based on VFX and animation, but there are real life scenes as well. The film is set in the era between 500 BC and 700 BC and features the heroic age.

“The estimated budget of the project is about Rs 450 crore and the project is in English, though the webseries will be dubbed in at least 40 world languages when it releases late next year,” he mentioned.

An Indian model and actress Natasha Suri-Singh plays the main protagonist of the webseries, while there are several other Indian as well as HOllywood artistes who are part of the project.
Reactions: