on May 11, 2019
Myntra strikes a winning chord among cricket fans through its Fashion Your Sport Campaign 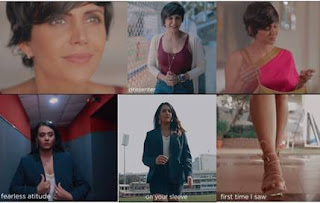 Bengaluru, May 10, 2019: As part of a wider engagement and integration with sports and cricket in particular, Myntra recently launched a month long campaign  under the theme of ‘Fashion Your Sport’ which had two videos under its Unforgettables’ series and a miniseries called, ‘Sticky Wicket’, which is an off-field take on the IPL. 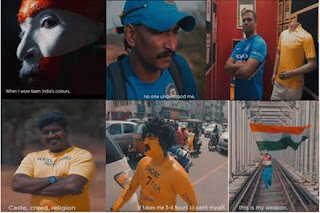 The Unforgettables’ videos honour personalities, with an extraordinary passion for cricket. The first film, titled, ‘Game Changers’, celebrates the two women anchors, Mandira Bedi and Mayanti Langer who have made a mark for themselves in cricket broadcasting and are an inspiration to hundreds of thousands of women around the country. Mayanti herself borrowed the passion for anchoring from Mandira, who became a sensation as an amalgam of glamour and cricket in the early 2000’s. The second film, ‘True Colours’, celebrates a few unsung heroes, who rule the cricketing arena with matchless affection and support to their favourite players or teams as devoted fans and are often identifiable only through their symbolic costumes. The film takes us through the journeys of Sudhir Choudhary, die-hard fan of Sachin Tendulkar, Sarvanan Hari, of M S DHoni and Col. Vembu Shankar, fan of the Indian Cricket team.

Myntra is also leveraging the ongoing season of IPL to deliver entertaining content and tying it to the platform with humorous narratives through a series of 6 to 8 minute videos. ‘Sticky Wicket’ is a metaphorical drama that superimposes IPL’s on field action, on to several everyday life situations, creating exciting and hilarious short stories. It is a tussle between two persons, similar to the two teams in an IPL match and involves exhibiting and hiding their IPL team loyalties, in the larger interest of their relationship or otherwise. The episodes are complete with important aspects of cricket such as pitch report, time-outs, presentation ceremonies and most importantly, commentators, all tied to the real life situations in the story. Each episode is also titled on the lines of the match between two teams, such as Chennai Vs Mumbai’ and the rest of the combinations. The ‘Unforgettables’ and ‘Sticky Wicket’ episodes have so far garnered 25 million views.

Description of the Unforgettables films:

‘Game Changers’: Shot in the city of Mumbai capturing the vibes of cricket from the local grounds, the film is a captivating amalgamation of two different stories of two extraordinary individuals, knitted interestingly with the commonness of cricket. It explores their uniqueness, self-driven passion and determination for being the change rather than waiting for it to happen. The narrative catches a glimpse of both, personal and professional lives of Mandira Bedi and Mayanti Langer and their fashion, highlighting their personal preferences of clothing and accessories going with their personalised looks. Along with the interviews and voiceovers of both, the video also showcases the essence of cricket, the pressure and challenges they encountered, breaking stereotypes and the sacrifices they had to make to stick to their choices. Apart from the locations like cricket stadiums and studios, the film is also shot from the homes of the protagonists, to add a personal touch to the narrative.

‘True Colours’: The film is an anthology comprising of 3 different anecdotes, depicting real-life stories of 3 super fans of Indian cricket, all connected by  a common thread – their inescapable passion for the sport and the unconditional love towards their idols. The narrative drives viewers from one city to the other, from one fan to another – from crazy to the craziest, based on their ranking. It subtly develops huge spikes of curiousness and wonder as it gradually explores the ordinary life and daily chores/whereabouts of these fanboys - Sudhir Choudhary, Sarvanan Hari and Col. Vembu Shankar and the reactions of people while they are out in the open in their costumes and outfit. It’s all about how fandom is a religion, a way of life, identity and integrity to different people.

About Myntra and Jabong:

Myntra and Jabong are India's leading platforms for fashion brands and pioneer in m-commerce play.  An integral part of the Flipkart group, Myntra and Jabong bring together technology and fashion to create the best experience in the fashion and lifestyle space in India. The company has partnered with over 2000 leading fashion and lifestyle brands in the country such as Nike, adidas, Puma, Levis, Wrangler, Arrow, Jealous 21, Diesel, CAT, Harley Davidson, Ferrari, Timberland, US Polo, FabIndia, Biba and many more to offer a wide range in latest branded fashion and lifestyle wear. Myntra services over 19,000 pin codes across the country. With the largest in-season product catalogue, 100% authentic products, Cash on Delivery and 30-day Exchange/Return policy, Myntra and Jabong are today the preferred shopping destination in the country.
Reactions: