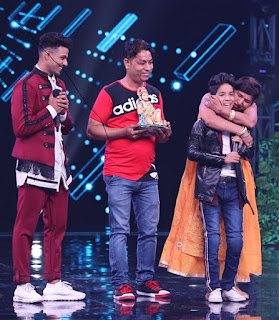 ·         Why was Shilpa Shetty upset with Kajol during the shoot of Baazigar? 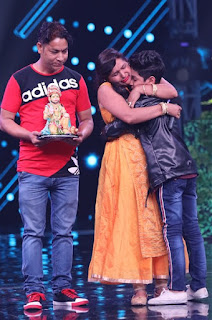 ·         During the show, Shilpa revealed that Bazigaar was her debut movie. But she wasn't cast for the popular song of Kumar Sanu "Ye Kali Kali Ankhe". Instead of Shilpa, actress Kajol was chosen as a lead in the song. Though Kajol didn't have any resembles Kali Kali aankhein. 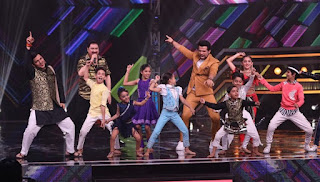 ·         Guess which singer's voice is used to cure paralyzed patients?

·         Evergreen singer Kumar Sanu's voice frequency is used to cure paralyzed patients across the globe. In one of the hospitals of Switzerland, it was witnessed that a paralyzed patient became active after hearing Sanu's popular song "Kuch na Kaho". After this ,incident Kumar was called to the hospital and his voice frequency was analyzed. Luckily his voice is declared to be used as a therapy to cure patients in 240 countries. 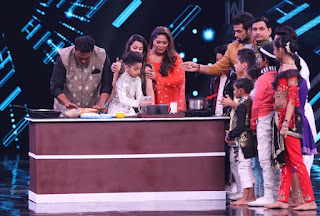 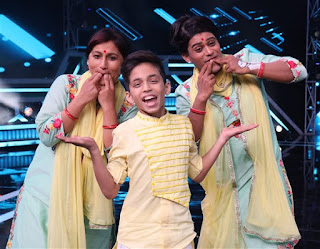 ·         When Shilpa complimented Kumar Sanu for his mesmerizing voice, he said that singing is his inborn talent. An artist is always born as 'artist' by birth. Later in his life, he trains on polishing his skills. He added that every artist follows his inspiration as his mentor. He followed Kishore Kumar as his role model. Later he bagged to sing playback in Aashiqui where he established his identity as KUMAR SANU. 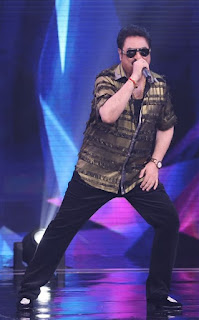 ·         Contestant Gourav and Amardeep commented that Geeta is the one who has trained them through thick and thin. Gourav says he has two mothers. One who has given me birth and the other who guides us in the right direction. Geeta Maa is a mom who never hesitates to take two steps back so that her students step four steps ahead. 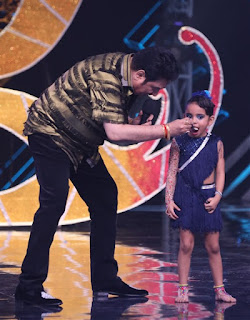 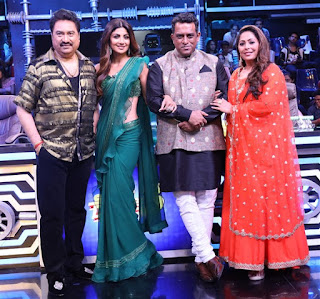 ·         Naitik unveiled that his mom hasn't ever seen his live performance because she is very busy with household chores. This was when Shilpa asked him to give a message to his mom and make a wish. His mom and dad gave him a huge surprise by coming on the sets.

·         What Kumar Sanu does to hide his double chin in his photographs?

·         During the show contestant, Saksham asked Kumar why he poses almost similar in every of his photograph with a hand on his chin. To which Sanu replied he does it hide his double chin. -

·         During the show Super Dancer winner Guru Ruel, Season contestant Guru Pratik and Sonali surprised Geeta Maa on the occasion of the mothers day special. The three of the graced the sets with their presence and acknowledged the efforts that Geeta Maa has made into their life. –

·         Dhairya's mom shared how she went against her family to support his child dream to learn Kathak. She shared Dhairya is an idea beta who helps her in all household chores like cleaning home and washing. He even takes care of her mom when she gets ill. He makes delicious chai-paratha at home for his mom.

·         During the show, an eminent guest Director of Step Industries Pvt. Ltd Delhi who is a big fan of Rupsa declared to sponsor her education, dance training and any kind of financial help for their family. He said that he and his family are very impressed by Rupsa talent and because he doesn't have any son he would like to sponsor Rupsa and further do her Kanyadaan in future.

·         During the show, Kumar Sanu, judges and the entire audience got mesmerized by Rupsa and Nishant's performance. It was revealed that she got the highest number of vote from India's audience. Henceforth, Kumar Sanu treated everyone with Rasgulla on the sets.
Reactions: