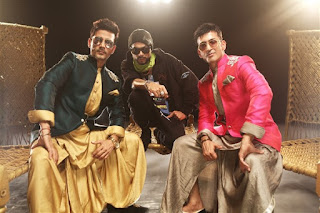 Meet Bros and MB Music's new single "Assi Trendsetter", is all set to be the 'Most Desi Track of 2019' with its perfect blend of modern flare and Punjabi beats, releases on 10th May 2019. The song is out across television, radio and other digital platforms. This to-be chartbuster has been sung by Meet Bros and the American Rapper - Bohemia. The music video features Angela Krislinzki alongside Meet Bros & Bohemia. The song lyrics are by Kumaar and music is by Meet Bros. 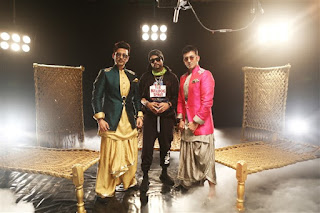 The song is about not needing to wear expensive brands or own fancy cars to be a trendsetter, rather being desi and comfortable in their skin. It's an upbeat, peppy song with meaningful lyrics that will touch every heart that is proud of their desi culture. As the saying goes, "You can take Punjabis out of Punjab, but not Punjab out of Punjabis", you can see the Meet Bros dancing to their Punjabi folk beats, shot beautifully by Adil Sheikh & Sumit Bhardwaj.

Talking about the song, Manmeet Singh said, "This is the most rustic Punjabi song we have ever done, so it was very important for us to incorporate Punjabi beats in the most authentic form. It's also our first collaboration with Bohemia and we really liked his thought process on this song. He is also a guy who has always been himself so we're glad that he readily agreed to do it with us."

Adding to it, Harmeet Singh said, "Today, music is all about fusion; Baby doll was a fusion, this song is fusion as well. If you listen to its music, the baseline is western but the dholak is Indian. Similarly, the music video is also shot in India and Turkey. It shows that the Trendsetters are the people who enjoy modern culture but don't forget their roots."

When asked, Bohemia said, “I’m super excited about Assi Trendsetter. Working with Meet Bros was an amazing experience and this track is just the beginning of our partnership, more hits on the way!”

Angela Quoted “It was a privilege to work withMeet Bros. Be it Chittiyaan Kaliyaiyaa or Baby doll, their songs have been my all-time favorites.” She adds, “Every moment on the set was like one big party and it's reflected on-screen as well. I’m sure the audience will enjoy the song as much as we did while shooting it.”

“It’s refreshing to see young Indians challenging the norm and disrupting traditional beliefs to leave their mark globally. These are the real 'trendsetters' and our song celebrates them. I'm sure this song, with its catchy lines and tune, will be a trendsetter too. At MB Music, we strive to create great songs with talented musicians, and plan to enchant our fans with many such collaborations”, says Raajeev Sharma, MB Music’s Label Head.

Meet Brothers are the Musical duo; singers and music directors who has given the entertainment industry various hits like Baby Doll, Chittiyaan Kalaiyaan, Hangover, etc. their 2018 release, Heeriye is still topping the charts. The duo is especially popular for their dance numbers that become an instant hit among the younger generation audiences.

MB Music is the newly launched Music label by the Meet Bros & Raajeev Sharma. The label was launched in June 2018 and has since then given 7 Big hits, with ‘Mujhe Kaise, Pata Na Chala’ just crossing 100M views on YouTube and the channel crossing 1.4M subscribers. Apart from serving the audience with a variety of songs from different genres and languages, the idea is to also promote fresh and untapped talent in our country.
Reactions: