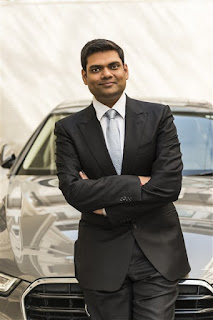 New Delhi, 10th May, 2019 – Adult Stem Cells may have provided a way to cure Diabetic Peripheral Neuropathy, and raise public awareness of risks attached to the taboo disease, according to the operation held at Advancells.

In a recent treatment conducted by specialists at Advancells proved to be groundbreaking in reality when a 60-year old diabetic patient visited the centre with a severe and smell staph infection in his right toe. While the infection did not seem to be anything serious at first, reports suggested something different and it was later found out that Mr. Ramesh Sharma was suffering from Diabetic Peripheral Neuropathy.

“Peripheral Neuropathy or nerve damage is caused by chronically high blood sugar levels and diabetes; and can be treated but not cured”, said a senior doctor among the panel. “We have been working on the potential of regenerative medicine and how it can be effective in curing almost all the ailments that mankind is suffering from. Mr. Sharma’s case gave us new hopes and highs”, he added.

Mr. Vipul Jain, CEO at Advancells, shared, “In case of Mr. Ramesh Sharma, when he approached us, he was already told by several surgeons to go for amputation to spare his life from resultant sepsis. Our panel of specialists sat with him to understand what eventually lead to this mortified situation. It was then that they together decided to go for a new treatment and thus we began our pilot operation.”

Advancells has successfully cured neuro disorders, eye disorders, anti-aging, and skin injuries in the past and for them, performing this treatment was not difficult, but a challenge they wanted to win.

To cure Mr. Sharma’s foot, a PRP was given to him which initially that left the wound slightly swollen and reddish. It later made recovery by showing removal of dead, necrotic tissue and foreign matter from the effected area. And then, with the help of a cross linked structure of collagen, epithelization and cellular proliferation, the scars appeared to be stretching and contracting meaning the wound was then ready to mature.

“We could succeed only because we did a thorough research on Ramesh’s consultations with his previous specialists. With proper safety and precision, we also ensured accuracy in order to push the boundaries of our existing standardized procedures.”, added Vipul.

Mr. Sharma admits to have shown utter ignorance to his infection while it was a sure “wake up call” for him that his heavy doses of antibiotics were doing nothing but harm to his condition.

Advancells is a research based organisation focusing on almost limitless potential of human stem cells in treating our body for any disease or trauma. The company creates a variety of stem cells and primary cells which are used by doctors for treatment of patients and by research institutes and pharma companies for advanced bio tech research. Advancells also produce a patented line of bio materials used is regeneration of bone and is working in the area of 3D printing of artificial organs.
Reactions: