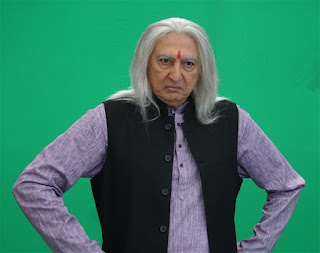 Treating its viewers with sweet and sour flavors of relationships, just like the flavours of a Bhakharwadi, Sony SAB’s light-hearted comedy show Bhakharwadi is ready to bring in some very exciting turns for its viewers. With Abhishek (Akshay Kelkar) and Gayatri’s (Akshita Mudgal) love story progressing, there is a trouble hovering over Anna (Deven Bhojani) with the entry of this new character. 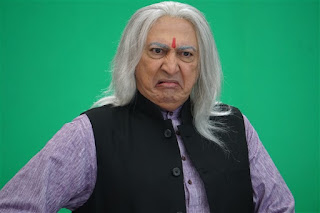 Adding to the plot, Bhakharwadi brings in the character of the ‘dead old man’, played by the phenomenal actor Anang Desai. Amidst all the excitement and preparations for Abhishek and Gayatri’s engagement, Anna has landed into some trouble. The old man portrayed by Anang Desai, wished to eat Gokhale Bandhu’s Bhakharwadi while on his death-bed. However, due to unavailability of the same, he is fooled and given Chinese Bhakharwadi from Mahendra’s shop, albeit in Gokhale Bandhu packaging. As Anna comes to know of the fact that an old man has died without his last wish being fulfilled, he is petrified of being cursed by the man’s unsatisfied soul and starts dreaming of the dead old man haunting him.

Will the entry of the dead old man cause troubles in Abhishek and Gayatri’s engagement?

Anang Desai, playing the role of the dead old man said, “I am very excited to be a part of the Bhakharwadi team as everyone is extremely talented, hardworking and are doing an amazing job on screen. My character is a really interesting one as he is a man who demands for Gokhale Bandhu’s Bhakharwadi while on the death bed. While this character is bound to haunt Anna, it will surely leave the audience laughing with its quirky mannerisms.”

For more, keep watching Bhakharwadi Monday to Friday at 8 pm only on Sony SAB
Reactions: