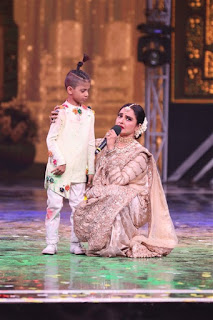 Sony Entertainment Television's acclaimed kid dance reality show Super Dancer Chapter 3 has reached a milestone where top 10 contestants are striving hard day and night to win next ‘Dance ka Kal’. While the show is judged by Shilpa Shetty Kundra, Geeta Kapoor, and Anurag Basu the upcoming weekend episode will see celebrity guest judge Rekha encouraging the contestants. The ‘Jashn-ae-Rekha’ moment on the show made audiences and the judges cherish the evergreen performances of ‘Bollywood queen’ Rekha. 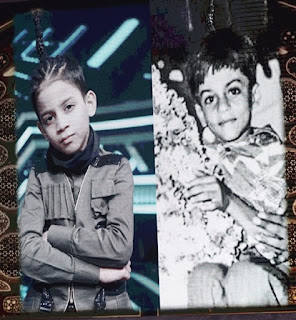 During the performance of 9-year-old contestant, Tejas Verma and Tushar Shetty from Maharashtra on Rekha’s popular song ‘Rang Barse’ all the judges and the audiences enjoyed celebrating Holi across the sets. The colorful performance of Tejas made Rekha go down the memory lane and share some beautiful stories. Tejas’s out of the world expressions made Rekha relate him to Shahrukh Khan. She mentioned, “Tejas reminds me of Shahrukh Khan. The way he smiles exactly resembles Shahrukh’s smile. Tejas has the same eyes and lips which makes him look like Shahrukh’s twin.” She further added that the way he dances is beyond her imagination. It will take her almost 2 -3  lives to do Riyaaz and then perform in front of such perfectionist kids. 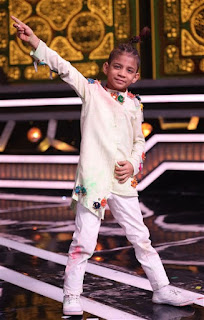 Appreciating the Guru Tushar Shetty Rekha mentioned, “While training Tejas you have come a long way in the entire Super Dancer journey. Tejas is your key to your future who will take you to milestones ahead.”

Further, in the show, Rekha was seen shaking legs with the judges,  contestants and super gurus on some of her popular songs like ‘Salam Ae Ishq’ and ‘Rang hai raseela’.