To celebrate “Ganesh Chaturthi” on 5th September 2016, www.mintageworld.com launched a docudrama on the history of the various stamps, coins & currency notes being launched to celebrate Lord Ganesha, his birth & the festival. 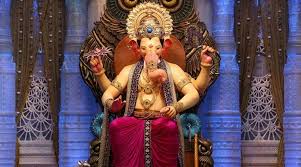 Occurring in the month of Bhadrapad, this festival roughly corresponds to the month of August-September. It draws a mass number of fervent devotees every year making this God clearly the most popular of the Hindu pantheon. Here he would reside for next 10 days followed by a series of rites and rituals.

Ganesh’s devotion is not limited to India, but across various parts around the world

Some of the Unique Coins, Stamps and Currency Notes launched worldwide to celebrate Lord Ganesha, his birth & the festival are as follows:
Stamps:
In 1839, the first stamp of Duttia- belonging to the state of Madhya Pradesh was issued portraying an image of Ganesh with a blue circular hand stamp impressed on it.
On 5th February 1971, Laos issued a stamp depicting the picture of the elephant head god.
On 7th July 1990, Sri Lanka issued a stamp depicting the pot-bellied God.
In 1994, Indonesia’s First Day Cover bearing a Ganesh stamp with other Hindu deities depicting a beautiful cancellation mark of Ganpati.
On 23rd December 2003, a 5 Rupees stamp was issued by Nepal.
On 21st February 2007, a stamp depicting an artistic image of Shiva, Parvati and Ganesh was issued by Czech Republic.
On 1st December 2010, a 2 Rupees stamp was issued by the Nepal Government.
On 12th October 2013, Thailand commemorated Lord Ganesh by issuing two stamps and a First Day Cover carrying the “Om” cancellation mark.
Coins:
In 1202, Govind Hari Patwardhan was gifted the fort of Miraj by Madhavrao Peshwa as a reward for fighting in the Maratha wars and for providing troops. Coins were stuck to show their support and loyalty towards the Peshwas bearing the word “Pantapradhan” on the reverse. Patwardhans, being loyal Ganesh devotees have “Shri Ganapati” inscribed in Devanagari on the obverse
During early 17th century and 18th century, the Setupati Rajas of Ramanath and Sivaganga, the Gingee Marathas and the Mysore kingdom of Tipu Sultan’s respectively, issued coins portraying an image of Lord Ganesh.
In 2012, a Bi-metallic 10 Baht coin was issued by Thailand.

Currency Notes:
In 2012, 20,000 Indonesian rupiah banknote showing Lord Ganesh’s picture was issued providing enough confirmation of this God’s widespread belief.
Like all Indian Gods being associated with a vahana, a sheer contrast to Lord Ganesha’s size and grandeur is his vahana- A mooshaka or mouse. Often called Modakpriya, this god loves modaks. It is said that the worship of Ganesh is incomplete without his sweet modaks

www.mintageworld.com : is the World’s 1st online museum for Vintage Coins, Stamps & Currency Notes, In the near future they will launch many docudramas based on global historical dates, events and personalities
Reactions: