On the 106th birth anniversary of “Mother Teresa” , www.mintageworld.com launched a docudrama on the history of the various stamps & coins being launched to celebrate her life, struggle and her contribution to humanity. 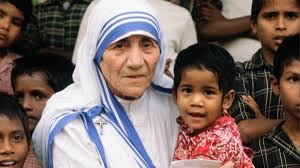 On the 106th birth anniversary of “Mother Teresa” , www.mintageworld.com launched a docudrama on the history of the various stamps & coins being launched to celebrate her life, struggle and her contribution to humanity.

She joined the Loreto Sisters of Dublin, Ireland where she took the name Sister Mary Teresa. In 1931 she travelled to Calcutta to teach at all girls’ high school. On making the final vows, she was given the title of “Mother” and became known as Mother Teresa.

Some of the Unique Coins, and Stamps launched to celebrate her life & her contribution to humanity were as follows:
Stamps ;
In 1997, a 45 rupees stamp was issued by India to honor this nun on a souvenir sheet.
In 1980, on winning the Noble Peace Prize a 30 paisa stamp was issued by India Post showing a facsimile of the reverse of the Nobel Peace Prize medallion.
In 2009, a 20 rupees definitive stamp was issued by India showing a portrait of Mother Teresa.
Many other countries like Albania, U.S., Australia, Germany, Bangladesh, Bhutan, Ireland, Argentina, and Austria issued stamps to pay philatelic tribute to this courageous woman.
Coins :
In 2010, France issued three gold coins of 500, 200, 50 Euros and a 10 Euro silver coin on Mother Teresa’s birth centenary. The obverse of the coin shows her carrying a child, surrounded by the sentence " In our house there is always a bed ready for one more child (French translation)".
In 2010, the Reserve Bank of India issued two special coins of 5 and 100 rupees to honor Mother Teresa on her birth centenary. The reverse depicts the head profile of Mother Teresa with the words “Mother Teresa” in Hindi and English.
She was internationally famed as a humanitarian and advocate for the poor and helpless. She won the Nobel Peace Prize in 1979 and also won India's highest civilian honor, the Bharat Ratna, In 1980 for her humanitarian work. Mother Teresa's Missionaries of Charity continued to expand, and at the time of her death it was operating 610 missions in 123 countries.

At the age of 87 years, after suffering from heart, lung and kidney ailments, Mother Teresa died on 5th September, 1997. A compassionate and humble woman who dedicated her life to the needy, she was undeniably the greatest humanitarians of the 20th century.

To watch this docudrama, please click on the following link: https://www.youtube.com/watch?v=BlWl15Y4ZSY
www.mintageworld.com : is the World’s 1st online museum for Vintage Coins, Stamps & Currency Notes, In the near future they will launch many docudramas based on global historical dates, events and personalities
Reactions: