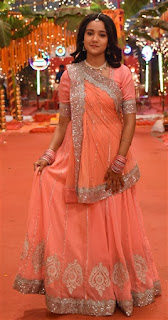 People have always looked towards film stars from their respective eras as style icons and have mimicked their dressing styles while attending any family functions and weddings. The heroines from Bollywood movies of the 90s dazzled on the silver screen and entertained young and old with their demure acting skills and dance performances. Beauties such as Sridevi, Meenakshi Sheshadri, Padmini Kolhapure captured audience attention and enjoyed fan worship across age groups. Girls would often copy their dresses and hairstyles to stand out from the crowd. In the upcoming shaadi track, the look of Ashi Singh who plays the role of Naina in the show has been styled after Padmini Kolhapure’s look from the movie Prem Rog.

When contacted Ashi said, “As the show is based in the 90s, we had to style my look on a popular heroine from the era. The creative team and I had a lot of discussions and looked at different patterns and finally selected Padmini Kolhapure’s look! Be it Prem Rog, Zamaane Ko Dikhana Hai and Pyar Jhukta Nahi the gorgeous actress redefined innocence and elegance in her movies and became a style icon. Her beautiful pink saree and the way it was dressed artistically brings back fond memories.”

Tune in to ‘Yeh Un Dinon Ki Baat Hai’ only on Sony Entertainment Television every Monday to Friday at 10.30 pm 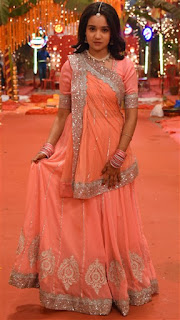