HALF GIRLFRIEND opens big, records an impressive Day1 of 10.27cr! 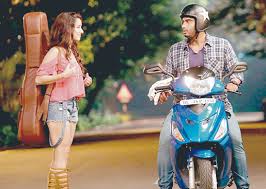 Balaji Motion Pictures 'Half Girlfriend', has hit a record opening of 10.27cr on it's opening day.
The audience has spoken and inspite of deterrents like Bahubali and the IPL semi finals, Half Girlfriend is the only film that  managed to stand out with its buzz and fantastic pre-release anticipation. The film has hit home with audiences and the opening number is proof of that.