Mumbai.Shekhar Suman had attained even greater share of fame long ago with his iconic show Movers& Shakers than even what Kapil Sharma has attained with his show now. Shekhar Suman is now all set to stage his grand comeback on TV with the new show 'Success Stories' produced by Water Entertainment by Gurudev Aneja and directed by Varun Middha. The new show which will have duration of half an hour will air on every Sunday from January onwards on Zee Business.
Producer Gurudev Aneja had earlier made a film called Ebn-E-Batuta which was also directed by Varun Middha. Both Gurudev and Varun are friends who hail from Haryana and know each other for a long period of time. The sponsor of the show is www.bollywoodkart.com and Mithilesh is the writer of the show.
Says Director Varun about the show, “It is a different kind of a show about people who have made it big in their own respective field without having any background whatsoever, on their own steam and merit.It will feature them on the show and Shekhar will talk to them about their happiness, sadness and experience and the listeners can learn a lot from these successful stories and get inspired to become successful like them. The show will feature successful people from different fields like Films, Real Estate, IT or Education, etc.”
“There is no one who can beat Shekhar Suman as far as hosting a show. Shekhar and I have done a lot of shows on stage together. Shekhar knows what to talk and when and to whom. We needed someone like him to host the show as he is a multi talented all round actor on his own right,” says Gurudev Aneja.
The shooting of different episodes of the show Success Stories is being held at Madh Island,Malad (West),Mumbai in a bungalow on huge sets specially made for the show. Till date, noted personalities like Pahalaj Nihalani, who is the Chairman of the Central Board of Film certifications, popular director of comedy films David Dhawan and popular villain Sonu Sood have shot for the show. 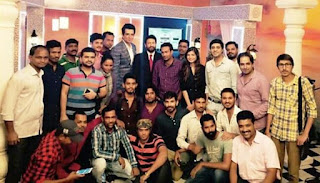 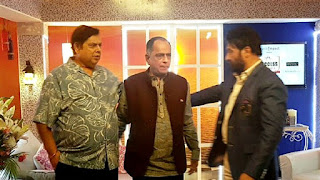 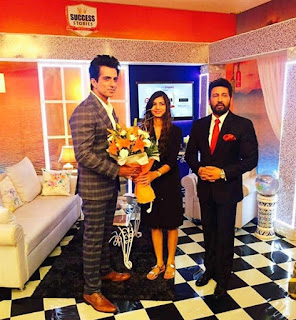