Alia Bhatt sells her jeans on The Kapil Sharma Show! 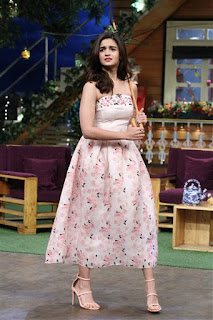 Recently, The Kapil Sharma Show on Sony Entertainment Television had superstars Shahrukh Khan and Alia Bhatt as guests. The fans didn’t know they were in for a surprise when Shahrukh and Alia were made to sell products like soaps, corn, broken umbrella and jeans on the show.

Their fans were more than happy to buy the products they sold. A source from the set said, “When Alia tried to sell the broken umbrella, SRK intervened and being the ‘King of Romance’ that he is said that the only disadvantage of the umbrella was that one can’t kiss the way they do in Bollywood movies.”

Alia then tried to sell her Jeans at a good price but there was a lot of debate on the final price. However, the moment she said the pair was hers and it was two years old, all of them jumped in to buy it. Finally, she sold it to a petite girl for Rs. 2000/-. There were men who also wanted to buy it but she said it wouldn’t fit them. 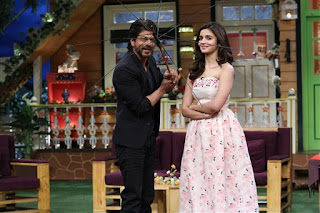 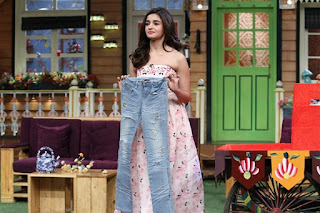 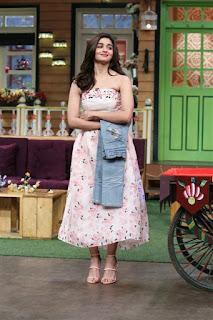 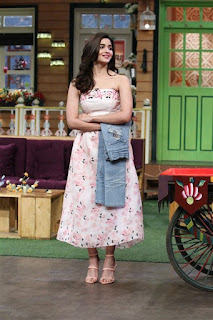 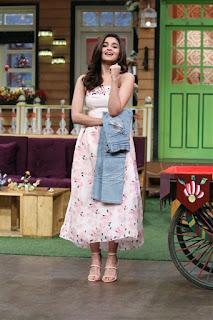 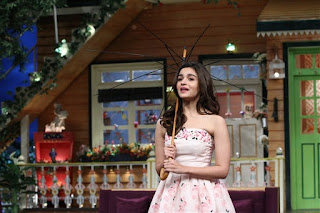