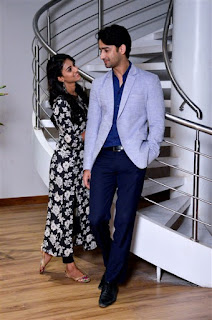 After a tumultuous journey, audiences wish came true when their favorite television couple Dev (Shaheer Sheikh) and Sonakshi (Erica Fernandes) from Sony Entertainment Television's Kuch Rang Pyar Ke Aise Bhi professed love to each other. However, life took a new turn for the couple when Dev's mother Ishwari (Supriya Pilgaonkar) came to know about their relationship. A doting mother, Ishwari was unable to accept the influence another woman had on her son. Though Dev's happiness means the world to her, she was left heartbroken on learning that he hid from her his relationship with Sona. Ishwari believes that she is losing her son to another woman as she feels that Dev, who till now used to consult and go by his mother’s wishes, is suddenly turning to someone else while making decisions. She fears that his priorities are changing and that his focus is shifting from his mother and sisters to Sona.

While Ishwari faces her dilemma, Sona on the other hand is aware of Ishwari's importance in Dev's life and only wishes for her acceptance in the Dixit family with an open heart. In spite of willing to go the extra mile to be the ideal daughter-in-law that Ishwari could be happy about, Sona soon realizes that the acceptance is unlikely.

Recently, viewers saw how a nervous Ishwari consumed an overdose of sleeping pills leaving everyone shocked. Scared for his mother's well-being, Dev will blame his relationship with Sona for his mother’s condition. A upset Dev, will take the toughest decision that will change his life forever – to part ways with Sona.

Will Sona accept Dev's decision or will she fight for her love? Will Ishwari be able to see their undying love for each other? To find out, stay tuned to Kuch Rang Pyar Ke Aise Bhi, Monday-Friday at 9.30 pm only on Sony Entertainment Television.
Reactions: